10 shop organization ideas from All Around the Farm 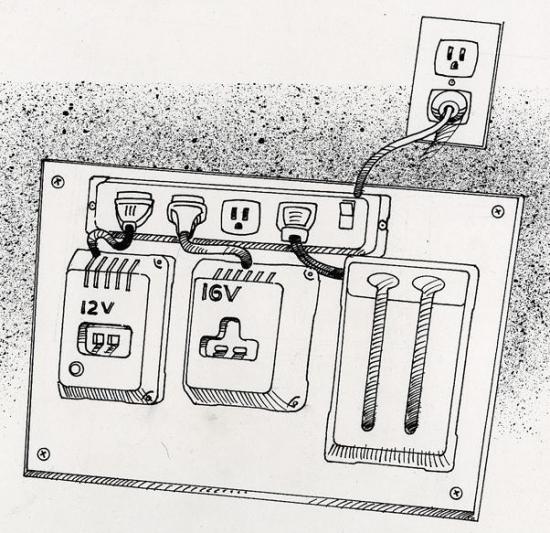 Brian McAfee was tired of having the chargers for his electrical tools all in different spots, so he mounted them on a ½-inch piece of plywood along with a power strip to plug the tools into. The plywood hangs in a handy location in his shop in Medora, Illinois. And, he says, “The batteries are ready when we need them.”

To put an end to looking around for his tools while he was welding, Robert Waldner of Platte, South Dakota, fit a 3/16-inch-thick steel strap around his oxygen tank. It’s bolted on with wing nuts for quick removal when it’s time to switch to a new tank. There are hooks welded on for a tape measure, crescent wrench, and a welder shield. Also, one 4×4-inch steel pipe holds welder spray.

The base for this revolving shop stand is a final drive housing found by Bryan Hoersten of Delphos, Ohio, on a worn-out tractor in a salvage yard. He mounted a bench grinder on one side and a wire wheel on the other. It spins 360°, so both pieces of equipment can sit near a wall. He says that with such a heavy base, he doesn’t worry about the unit tipping over.

Pieces of 3×3-foot plywood form the exterior surfaces of this tool center built by John Russell of Pemberville, Ohio. It turns 360° on inexpensive casters, but one extra caster is spring-loaded to create a detent that will catch the unit in one of two positions, so the storage rack sits square with the shop.

To create an extension cord reel, remove the pour spouts from two 5-gallon bucket lids. Fasten a handle to the center of one lid with one screw so it can spin, and fasten a second handle on the other lid opposite the spout hole. Screw both lids to the ends of a 4×4-inch block to make a spool (a longer block for longer cords). One end of the cord goes through the spout hole. Thank you to Ed Winfrey of Sibley, Missouri.

An idea from Carson Tardy of Illinois: To protect the replacement for a worn-out power washing hose, he built an extended mounting frame for it. The frame prevents the hose from wear by bringing it out and away from the wall and other nearby obstructions.

Orval Bunger used old bed framing (1.5-inch angle iron) for his shop rack. It sits on 5-inch casters, which saves him a lot of legwork, he says, in his farm shop near Upland, Nebraska. Each side holds 60 bins: three rows of 5.5-inch bins and three rows of 6.5-inch bins. The removable ½-inch plywood shelves in the center are for tools and miscellaneous items. The top center holds 10 spray cans.

When he needs to heat iron until it’s red hot (for straightening or shaping), Jack Kiser uses this stand he built at his farm in Fremont, Ohio. This is an advantage because if he has to turn off the torch and lay it down, the metal loses some of the heat, which makes it more difficult to form. With both hands free, he holds the metal he’s heating with a locking-type pliers.

Carson Tardy says they hang their extra hydraulic hoses on the wall to keep them out of the way in their farm shop in Effingham, Illinois. But they do drip oil on the floor, which makes a mess. So before they put a hose away, they cap each end with a pipe cap being careful, of course, to match thread sizes. The floor stays clean, and the hose threads are protected from corrosion.

There was a poorly utilized corner in Jim Courtright’s farm shop near Hudson, Indiana, until he built a lazy Susan shop organizer to put there. It’s made out of the basket from a steel-wheeled hay rake, and the base uses a tire, rim, and spindle salvaged from a parted-out disk. A local fabrication shop rolled ⅛×1-inch steel shelf supports, he says. The deburred, sanded shelves are slightly bigger than the supports, and each shelf can hold four 5-gallon pails. 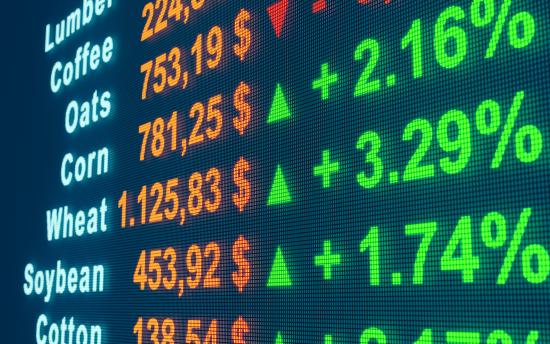