A farmers-to-table restaurant in the heart of the city

If you grew up on a farm, you know that the kitchen table is often where the business gets done. That’s the idea behind a restaurant launched by Minnesota Farmers Union in downtown Minneapolis.

Located in the historic Mill City District, the Farmers Kitchen + Bar opened in August of 2021 – in the midst of a pandemic – with a full-scale menu that includes ingredients supplied almost entirely from Minnesota farmers and producers.

Why would a farm organization start a restaurant?

“We just think it’s important to reconnect the consumer with a farmer through their food,” says Gary Wertish, the president of Minnesota Farmers Union. “We’ve been very involved as an organization in advocating for funding for local markets and the local foods movement. Less than 2% of the population are farmers. So many people are many generations removed from the farm,” he said.

The idea had been a topic of conversation for years, Wertish says. Then, in 2018, a well-known restaurateur decided she would retire, and the space became available. The Farmers Union signed the papers in December 2019. Then the COVID pandemic hit. Farmers Kitchen + Bar opened in August of 2019, and it exceeded expectations.

“The reviews are really good,” says Claudine Arndt, the director of membership and Minnesota Cooks. Arndt helped name the menu items along with Katie Cannon, who also works on Minnesota Cooks for Minnesota Farmers Union. The pair also served as “connectors” with Minnesota farmers and ranchers to supply ingredients to Executive Chef Kris Koch.

“It was really fun,” Arndt said. “Because we had built up all of these relationships with farmers who were selling into restaurants, our role was being the connectors, and helping Chef Kris then say, ‘Hey, you could get beef from Todd Churchill or Pettit Pastures, pork from Pastures A Plenty, beans from Encore Farm. And on and on. It is so fun.”

The restaurant also features a marketplace of fresh and made goods – also created by the state’s producers. Arndt and Cannon are planning several events to highlight farmers to customers.

Finding food directly from farmers was crucial, Wertish said. “We’re sourcing our food as much as possible, directly from a Minnesota farm, bringing it into the restaurant.” The proteins like beef, pork, chicken, turkey, and eggs, milk, and even the vegetables, come direct. “That helps the farmer too,” Wertish says. “It helps return more dollars to their local communities.”

“Our chef likes to say that we’re not farm to table, we’re farmers to table.”

“It’s just such a great connection to know where this food is coming from,” says Koch, the chef. “It’s really great. That’s why I’m here. I’m here to get to talk to those farmers and use their food and to get the customers excited about where this stuff is coming from.”

Koch helped craft the “user-friendly” menu. “We just showcase these wonderful ingredients we get from farmers. I like to have something that reminds you of coming into Grandma’s house and smelling those smells. We created something that’s going to draw from those memories of your childhood,” he said.

As with most restaurants, location is key. Farmers Kitchen + Bar is located in a historic area of Minneapolis, right near the Guthrie Theater and other customer-attracting amenities like walkways, bike paths, a park, and the Stone Arch Bridge, and farmers markets. It’s also where flour mills stood back in the 1800s. In fact, at one time it was the largest flour milling center in the world. The connection with agriculture is intentional.

“Farmers helped build Minneapolis,” Wertish said. “The farmers raised the wheat and brought it here. They located the flour mills along the Mississippi River. So now we have a farmers-owned restaurant right in that same district.”

The effort is a sizable investment from the farmers union, which formed a limited-liability corporation that includes the restaurant. Members have been “very positive,” according to Wertish. “The members are very positive of it, and we should be. We all need to be proud of what we’re doing in agriculture as farmers. We think it helps us elevate the importance of farmers and agriculture to the consumers.”

“I couldn’t ask for a better partnership with a parent company of Minnesota Farmers Union,” Koch said. “They totally believe in the vision and they stand behind all the things that those farm values bring in.”

The restaurant was beating all of its projections in 2021. Despite the pandemic, and slow traffic in the bitter cold months of January and February, things are picking back up. “The restaurant industry has gone through some tough times. We have confidence that will come back and people still want to go out and eat. At some point we’ll get back to normal.”

The atmosphere is friendly, and the walls are adorned with farm-themed images and items from the union’s history. It’s much like sitting at the kitchen table.

“It’s no different than on the farm when you had neighbors and family come over,” said Wertish. “A lot of times before you leave, you’d have a nice meal. Even if it was just sandwiches and coffee, you’d always have a meal. Well, we have the opportunity to have people come in and have a nice meal.

“It all goes back to really advocating for the family farmer.”

The Farmer and the Chef: Farm Fresh Minnesota Recipes and Stories

Minnesota Farmers Union has produced a cookbook, with recipes and nearly 20 stories about farmers. Available for $27.95 on Amazon and local bookstores.

Here is a partial list of farms and growers supplying food to the Farmers Kitchen + Bar. This list changes because of seasonality and menu changes. 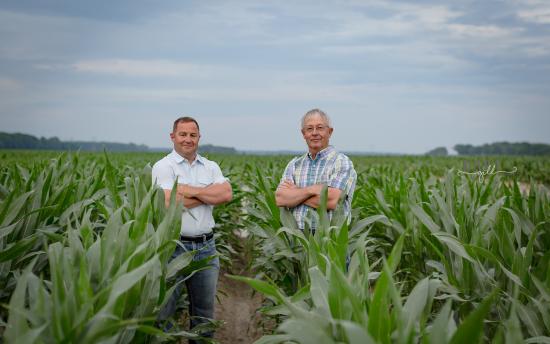 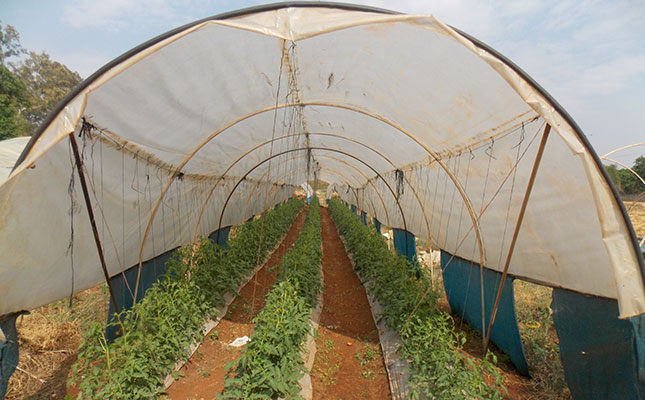 How to make a simple, sturdy plastic tunnel at minimal cost