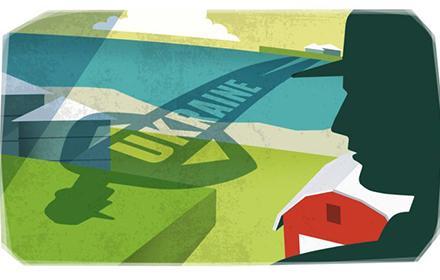 The largest U.S. farmers and ranchers say the Russian invasion of Ukraine, with its disruption of grain, oil, and fertilizer shipping, will drive up their costs of production, according to a Purdue University poll released on Tuesday. The Ag Economy Barometer also showed big operators are tempering somewhat their expectations of soaring input prices.

Input costs have been the leading concern among producers for months. “When producers think about how their farm will fare financially in 2022, it’s clear they do not expect commodity price strength to offset the dramatic rise in farm production costs they are experiencing,” wrote economists Jim Mintert and Michael Langemeier, who oversee the barometer.

The barometer, a gauge of farmer confidence, sank to 113 in March, a drop of 12 points, reaching its lowest point since a reading of 103 in May of 2020. The barometer has trended mostly downward since reaching a record high of 183 in October of 2020 amid a bountiful fall harvest and a rally in commodity prices, with China back in the U.S. market.

Some 63% of participants in the Purdue survey answered “input costs” when asked, “In what aspect of U.S. agriculture do you expect the biggest change as a result of the war in Ukraine?” One third said “crop prices” and 3% chose “livestock prices.”

Although producers expect sharply higher input prices in the year ahead, some are moderating their views. Overall, 57% say prices will rise by 20% or more, a decline of 5 percentage points from the previous month. At the same time, 19% said prices would rise by no more than 9%, a 5-point increase in one month. In comparison, the average annual increase in prices was 1.8% over the past decade, said Purdue.

Four out of 10 producers said their biggest concern for next year was “higher input costs.” There was a tie, at 19% each, between “availability of inputs” and “lower crop and/or livestock prices.”

The Ag Economy Barometer is based on a telephone survey of 400 operators with production worth at least $500,000 a year. Producers were contacted from March 14-18. USDA data say the largest 7.4% of U.S. farms top $500,000 in annual sales. The barometer has a margin of error of plus or minus 5%.