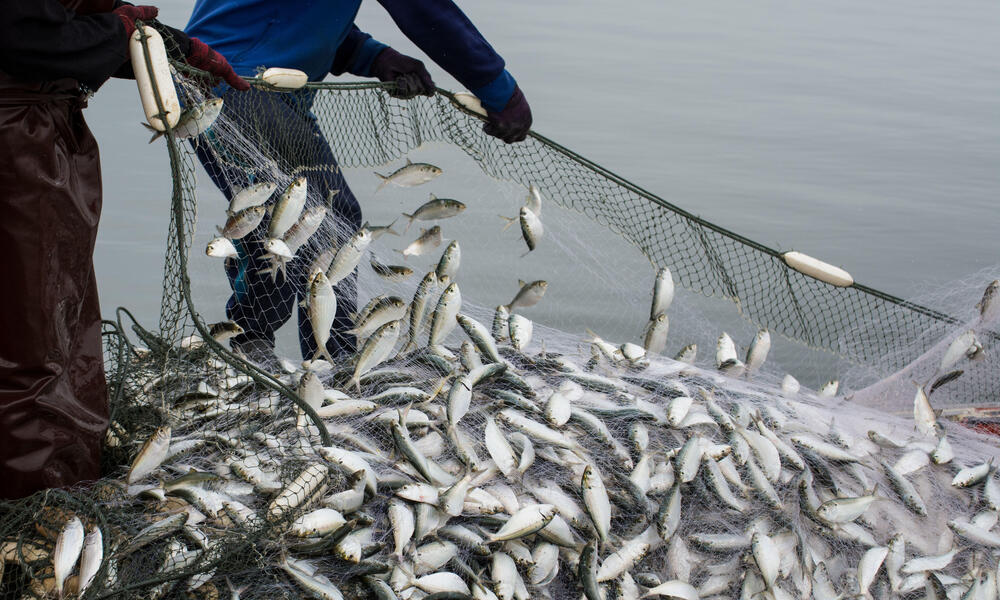 The Federal Executive Council of Nigeria has approved the ratification of the Port State Measures (PSMA). This is the first binding and most important international agreement/treaty to specifically target Illegal, Unreported And Unregulated (IUU) fishing across the globe.

According to the Nigerian Trawler Operators Association (NITOA), Nigeria loses more than $70 million annually to illegal fishing. The country is not only battling with the great economic loss from illegal fishing but also, from issues regarding maritime insecurity and sea piracy. According to the Director-General of NIMASA, Bashir Jimoh, about $783 million has been lost to piracy in the Gulf of Guinea.

Beyond the stark figures, there also lies the story of numerous people whose livelihoods have been all but destroyed by the rapid dwindling of ocean resources. Illegal fishing has posed a significant threat to the operations of many small-scale fishers thus undermining the country’s blue economy development.

The main objective of the Port States Measures Agreement (PSMA) is to prevent, deter and eliminate IUU fishing by preventing vessels engaged in IUU fishing from using legal ports to land their catches. Additionally, the provisions of this agreement apply to fishing vessels seeking entry into a designated port of a state which is different from their flag state. This makes the system similar to international travel border control.

The PSMA was adopted by the UN FAO Conference in 2009 and entered into force on June 5, 2016. It was instantly signed by over 25 governments to ensure that the treaty surpasses the threshold needed to bring it into force; currently, 55 parties have agreed to this treaty.

As governments sign on to the agreement and show commitment to the fight against IUU fishing, the gaps allowing illegal fishers to slip through are expected to diminish. But can a single treaty create a mechanism strong enough to combat widespread disregard for fisheries laws and policies?

Why is it important for Nigeria to be part of this?

In the 2018 World Fisheries Report, it was noted that over 10 million people in Nigeria rely on fisheries directly or indirectly for livelihood. That is a huge number. To this end, operators in the industry have advocated the establishment of a separate ministry for fisheries and the ocean economy.

A former director of the Federal Department of Fisheries, Foluke Areola, stated the importance of the agreement.

“This treaty is very important in helping us to identify the limitations and what we can do differently in trying to curb illegal fishing,” she said.

“The department does not have enough funds to monitor vessels, so they are heavily reliant on the Navy to do all the patrolling and surveillance. But beyond the PSMA, there’s also a need for us to improve on the intersectoral and interagency corporation and collaboration.”

The realities of what constitutes illegal fishing have changed and the Sea Fisheries Act does not reflect that. For instance, fines that are to be paid in the cases of breaking those laws have become insignificant amounts.

In a recent interview with Ifesinachi Okafor-Yarwood, a maritime expert and researcher, she mentioned the need for the Sea Fisheries Act to be improved.

“The current legal provision governing fisheries exploitation in Nigeria is the 1992 Sea Fisheries Decree. This law is outdated and does ring true for the changes that we’re experiencing now,” she said.

“I remember in 2016, the Fisheries Department had the support of the Food and Agricultural Organization of the United Nations (FAO), to review and improve on the existing Sea Fisheries Act but it still hasn’t been improved and nothing has been done.”

How will Nigeria benefit from implementing the Port State Measures Agreement?

Countries are finding that the agreement is a cost-effective tool for fighting illegal fishing. Sending patrol vessels to track and potentially arrest illegal operators on the open ocean is expensive and dangerous. By comparison, monitoring at the port is safer and less costly.

The treaty’s main objective is to support sustainable fisheries management, improve the gathering, verification and exchange of information leading to more accurate assessments of fish stocks and strengthen the monitoring of both national and international waters. Port controls become safer, less costly and demonstrate a more active approach than conventional Monitoring, Control, and Surveillance (MCS) methods, reducing the time, effort, and resources required for this critical task.

“Ratifying the PSMA is a positive thing in itself for Nigeria. It allows Nigeria to be part of a larger, international, conversation that is aimed at tackling the problem. And as part of its implementation, there would be benefits like access to certain databases. So, for instance, this database could identify vessels that are potentially troublesome. And when such repeated offenders, come into the Nigerian waters, it raises alarm as to whether we want to license them or not,” Ms Okafor-Yarwood said.

“It also allows Nigeria to gain advice, and for relevant agencies to get into training they need from other international parties that have more experience with these things.

“Being part of PSMA is not a magic wand, it doesn’t make everything better automatically, but is a step in the right direction because it shows that, at least for once, we are actually interested and we want to do things better” “But there are more advantages to it, the PSMA will encourage government agencies to coordinate their procedures, which will save time and money,” she said.

The PSMA also creates a framework for information-sharing and collaboration. A database is made available to policy-makers, national administrations, legal practitioners, and civil society members worldwide. By making “best practices” available, the database will contribute to national capacity-building toward adoption.

The agreement facilitates technical and financial assistance to developing nations that ratify or accede to it.

What are the gaps in this new treaty?

Some experts have pointed out certain weaknesses in this agreement. An important one is the fact that China, one of the foremost offenders of illegal fishing, is yet to ratify the agreement. Other countries like Russia and Japan have also not started the process. In addition, there seems to be no penalty for failing to comply with the provisions of the agreement. There are also concerns that many small countries will still find it difficult to take action and fulfil those policies.

“The fact that China and other big distant water fishing nations are not part of it, shouldn’t be our problem. Rather, the argument should be on those disadvantages posed by the PSMA that are not favourable for Nigeria. This could relate to issues that might undermine the sovereignty of Nigeria. There are so many benefits to being part of it if we can implement the provisions,” Ms Okafor-Yarwood said.

Led by fishery authorities with enhanced liaison with allied authorities, the implementation of the PSMA will bring with it institutional, organisational and operational benefits that will lead to more stringent and more effective port procedures for dealing with fishing vessels to improve control of the fisheries sector.

Successful implementation will provide the necessary foundation for growth in the fisheries and maritime sectors. It is certain that the industry will become better, not only with the support of this international agreement but also with the support of other local agencies like the Fisheries Committee for West and Central Gulf of Guinea (FCWC), who are already encouraging Nigeria and other countries that are part of the committee to do better.