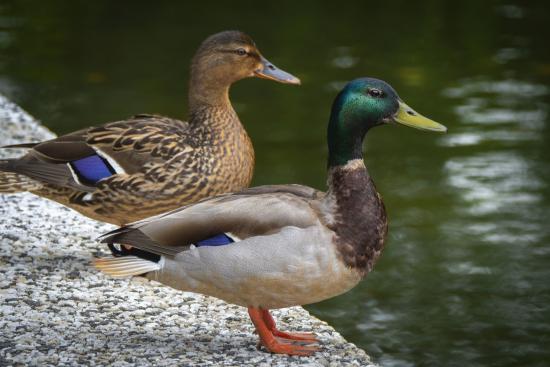 Wild ducks that are prominent carriers of a highly contagious avian influenza are migrating through Iowa in their greatest numbers this month, said Adam Janke, a wildlife Extension specialist at Iowa State University.

There are about 20 different duck species that number in the hundreds of thousands that travel through Iowa on their way to breeding grounds in the northern United States and Canada, he said. The different species can arrive at different times, but now is when there is the greatest overlap and the most ducks passing through at the same time.

“We’re reaching a peak for duck migration,” said Janke, who studies bird migrations. “We’re probably in that area of overlap where there happens to be a lot of species right now.”

The period of overlap can last for about a month, he said.

Ducks, geese, and other waterfowl are well-known carriers of avian influenza and may show no symptoms of infection, according to the U.S. Centers for Disease Control and Prevention. The influenza is often lethal for domestic poultry, including turkeys and chickens that are raised for meat and eggs.

Versions of the virus have been identified in 14 commercial and backyard flocks in Iowa since March 1. The two most recent confirmations happened Saturday in a commercial turkey flock of 37,000 in Sac County and a commercial breeding chicken flock of about 15,000 in Humboldt County, said Chloe Carson, a spokesperson for the Iowa Department of Agriculture and Land Stewardship.

The total number of birds that have been culled this year because of the virus in Iowa is nearly 13.3 million, according to U.S. Department of Agriculture data. The death toll of domestic birds from the last major outbreak in the state in 2015 was more than 32 million.

Half of the state’s virus detections happened in the past week, and Secretary of Agriculture Mike Naig said recently that the situation could worsen.

There have been no documented infections of humans by the wild birds this year, state agriculture officials have said, and the meat and eggs of infected birds are destroyed.

Geese have accounted for most of the 25 infected wild birds discovered in Iowa, along with a duck and a red-tailed hawk, the USDA reports. But most migratory geese have already come and gone, Janke said.

Those geese often continue north as ponds and lakes thaw, feeding on leftover grain in farm fields as they go. Research has shown that geese that arrive earliest at their northern breeding grounds have a better chance of breeding.

There are more than 100 species of wild birds that commonly migrate through Iowa, and “the vast majority are still yet to come,” Janke said. Some of those that arrive latest are migrating from South America.

The infected waterfowl spend their winters in the southern United States. Nationally, they account for most of the highly pathogenic avian influenza detections in wild birds, but other infected birds have included bald eagles, vultures, hawks, and owls.

The virus has been detected in 11 Iowa counties so far. Buena Vista is the only county with multiple detections, and it has four.

State ag officials have said their goal is to cull infected flocks within 24 hours of detection to stem the spread of the virus because site-to-site infections were a problem in 2015. They have not found evidence that any of the infected sites so far were the result of transmission from another infected site.

Naig has said the threat of infection from wild birds could persist for two more months.

The infected flocks in Iowa this year include: