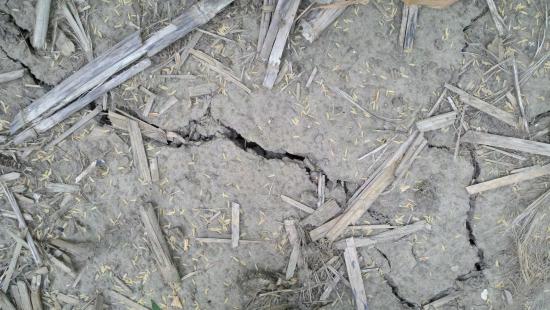 So far, 2022 is California’s driest year on record — but that hasn’t stopped residents from watering their lawns. According to the state’s Department of Water Resources, Californians used almost 19% more water last March than they did in March two years ago, despite the state’s deepening drought and increasingly strapped reservoirs. Residents also used more water last March than they have in any March since 2015.

The data are a worrying sign for Gov. Gavin Newsom, who has been reluctant to impose mandatory water restrictions. Last July, his administration instead encouraged Californians to voluntarily cut their water use by 15%. At a press conference on Tuesday, state officials urged Californians to view water conservation as “a way of life.”

“We are in a world of climate change — it’s here. And we need to start adapting to it,” said Jeanine Jones, a Department of Water Resources interstate resources manager.

The agency’s latest water usage stats don’t include data from California’s massive agricultural sector, which uses more water than any other industry. State and federal agencies have already tightened the water allocations many farmers rely on, and at yesterday’s press conference, Jones warned that agribusiness should brace for drier conditions.

“Unfortunately, we can’t expect that situation to get better,” she said. “We need to be prepared for continued reductions in these supplies.”

Jones stressed that the drought’s impact on agribusiness will vary widely, based on how senior each farmer’s water rights are and how depleted their groundwater is. In California’s last drought, she said, farmers with lower water rights priorities were often forced to fallow their land first. Jones also noted that as domestic wells go dry across California’s agricultural belt, state agencies have allocated nearly $200 million to disadvantaged rural communities and tribes to bolster local water systems.

As California enters its third year of drought, water demand is outstripping supply, and state and local officials are scrambling to address the crisis. In response to Californians’ dismal water usage stats, Gov. Newsom has announced plans to spend an additional $26 million to boost water conservation programs throughout the state. In the meantime, state officials are considering reinstating emergency drought regulations in two Northern California watersheds, which could affect tribal communities, ranchers, and farmers in the region. And last month, the Metropolitan Water District of Southern California imposed restrictions on 6 million of the people it distributes water to, requiring that they limit outdoor watering to once a week.

“This drought is serious, and one of the most alarming challenges our region has ever faced,” the water agency said in a press release.