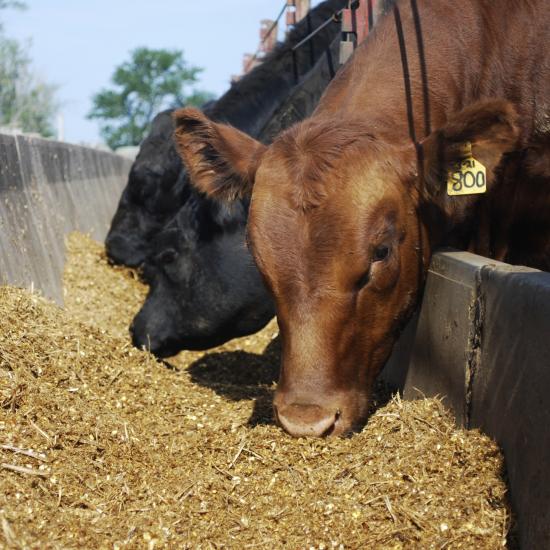 A band of senators from the Midwest and northern Plains, with the best chance in years to inject transparency into the consolidated cattle market, pressed on Tuesday for a federal mandate for meatpackers to buy more cattle for cash, rather than through obscure formulas. “We need some sunlight,” said Montana Sen. Jon Tester.

Four large processors slaughter four of every five head of cattle in the United States. With meat prices driving inflation at the grocery store, some cattle producers say they are paid unfairly low prices because of the market power of the packers. Andy Green, USDA market adviser, said cow-calf operators and cattle feeders “are left with fewer options for selling their cattle and greater risks of an unfair playing field.”

“What is being proposed right now concentrates on what works for one region,” said NCBA vice president Ethan Lane in a statement. “It simply doesn’t work for the rest of the country.”

In Kansas and the Southwest, at least 80% slaughter cattle are sold through formulas and forward contracts, so-called alternative marketing agreements (AMAs). Cash sales are a preferred option in the Midwest, where 40-60% of cattle are sold on the spot market. Texas is the No. 1 producer of slaughter cattle, followed by Nebraska and Kansas, according to USDA data.

Mandatory purchases would be a burden rather than a boon for producers, said professor Stephen Koontz of Colorado State University. AMAs improve the efficiency of feedlots and packing plants by bringing cattle to processors when they are needed and pay producers for higher-quality animals, he said.

“Mandating cash trade will cause substantial disruptions and higher costs to participants in the fed cattle market. The cost is at least in the hundreds of millions of dollars annually and is more likely over a billion of dollars,” said Koontz, with cattle producers and consumers paying the price. “Research is also clear in that there is no evidence that mandating cash trade will improve prices in the fed cattle market or upstream to cattle producers. The cost‐benefit assessment of mandatory cash trade is conclusive, settled, and one‐sided.”

But not all cattle producers were opposed to the proposals. “Without bold action, the United States risks losing its independent livestock producers — which represents a significant loss to the security of our nation’s food supply,” said Mississippi cattle feeder William Ruffin. Some packing plants increasingly prefer to deal with large-scale operations and formula sales rather than buy cattle for cash from smaller producers.

“The game has changed but the rules have remained stagnant,” said Ruffin on behalf of U.S. Cattlemen’s Association.

North Dakota rancher Shelly Ziesch, representing the National Farmers Union, said, “As the cash market thins, local livestock auctions are going out of business. If that trend is allowed to continue, producers will lose those important marketing options. Ranchers need to have options when marketing their cattle, including cash trades and alternative marketing arrangements.”

Nebraska Sen. Deb Fischer, the lead sponsor of S 4030, the mandatory cash purchase bill, said efforts by farm groups to encourage more cash sales of cattle have failed. “That is why we are here today,” she said. Eleven of the Agriculture Committee’s 22 members are sponsors of the bill.

Agriculture chairwoman Debbie Stabenow was expected to call a work session on S 4030 and a committee vote on it, although the timing for committee action was unclear. Tester would actively push for a Senate vote once the legislation is approved by the Agriculture Committee. With mid-term elections in November, reformers such as Fischer, Tester and Grassley face the prospect of legislative gridlock at some point this summer when partisan pressures become overwhelming in Congress. The House has yet to act on similar legislation.

The mandatory cash purchase bill calls for USDA to divide the country into from five to seven regions and to set a threshold for packer purchases through pricing mechanisms that include cash and “grid” sales at stockyards and systems with multiple buyers and sellers. Mandatory purchases could be set as high as 50% of cattle marketed in a region.

Accompanying S 4030 was a bill sponsored by Tester, S 3870, to create a special investigator’s office to enforce laws and regulations for fair play in the meat and poultry markets.

To watch a video of the hearing or to read written testimony by witnesses, click here.