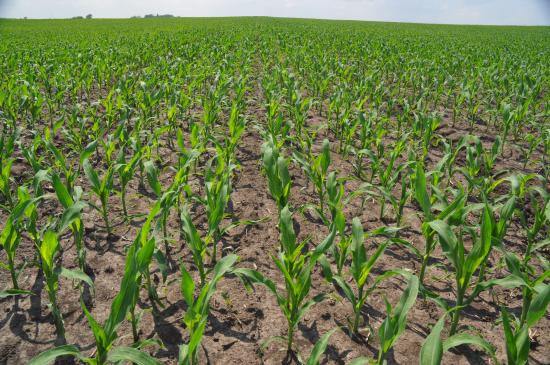 The planting season has been delayed by cold weather in four of the five top corn states, a stark contrast to last year’s early start, said the Agriculture Department on Monday. The planting window for top yields “is relatively wide,” said a University of Illinois economist but this year’s slow start has driven up futures prices.

According to the weekly Crop Progress report, farmers in Iowa, Illinois, Minnesota, and Indiana — four of the top five in corn production — have yet to plant corn this year. Farmers in No. 3 Nebraska have planted just 2% of their corn land. Ordinarily, planting would be under way in all five states. By this point last April, growers in Iowa, Illinois, Minnesota, and Indiana had planted twice as much ground as usual, led by Illinois at 11% planted.

“The optimal planting window is relatively wide,” wrote economist Scott Irwin at the farmdoc daily blog after reviewing research on the effect of planting dates on corn and soybean yields. “Substantial yield penalties for late planting do not begin until mid-May. An important implication is that the 2022 corn and soybean crops can still be planted in a timely manner.

Futures prices for corn topped $8 a bushel — highest in a decade — as traders fretted over potential yield losses due to chilly weather in the Midwest and the disruptions to world trade caused by Russia’s invasion of Ukraine, reported Reuters.