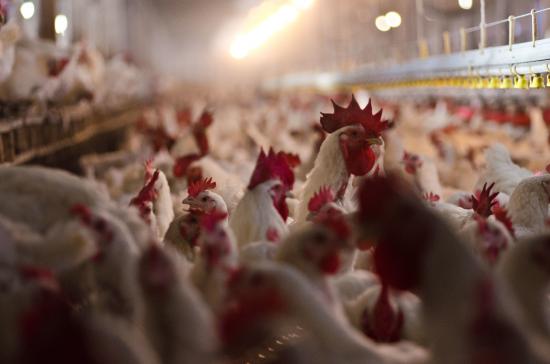 Bird flu ranks as a low threat to public health, said the Centers for Disease Control, after a Colorado correctional inmate tested positive for avian influenza after culling an infected flock. It was the first U.S. case and the second worldwide of human infection by the H5N1 viruses now circulating among birds globally.

“This case does not change the human risk assessment for the general public,” said the CDC. The agency said it has tracked the health of more than 2,500 people with exposure to birds infected with highly pathogenic avian influenza “and this is the only case that has been found to date.”

Bird flu was identified in three additional states, Oklahoma, Alaska and Vermont, over the weekend, meaning HPAI has been found in domestic flocks in 32 states since the first U.S. confirmation on Feb. 8. More than 35.5 million birds, mostly egg-laying hens and turkeys being raised for human consumption, have died in the outbreaks or in the culling of 251 infected flocks.

“The 2022 highly pathogenic avian influenza outbreak is not classified as an epidemic,” said a USDA spokesman. “The HPAI detections are a series of outbreaks of the disease in several areas of the country.” The USDA has paid $146 million in indemnities to owners of the birds. Additional sums were spent on surveillance, depopulation, disposal and virus elimination.

More than 50 million birds died in the 2014-15 HPAI epidemic. A USDA report said the impact “of the incident in the billions of dollars makes it the worst documented animal health incident in the United States.”

Colorado health officials said bird flu was detected in a male correctional inmate who worked, as part of a pre-release programs, at a poultry on a farm in Montrose County, about 50 miles south of Grand Junction in the western part of the state. The farm produced eggs for broiler chicken hatcheries. The 58,000 birds on the farm were killed after HPAI was confirmed in the flock on April 18.

“The adult male, who is younger than 40, is largely asymptomatic, reporting only fatigue. He is now isolating and receiving the influenza antiviral drug oseltamivir (tamiflu) per CDC guidance,” said the Colorado Department of Public Health. “Repeat testing on the person was negative for influenza. Because the person was in close contact with infected poultry, the virus may have been present in the person’s nose without causing infection.”

Other people involved in the culling operation tested negative for the H5N1 virus, “but they are being re-tested out of an abundance of caution,” said the CDC.

The other known case of bird flu in a human occurred in southwest England in December 2021. Officials said the infection was the result of “very close, regular contact with a large number of infected birds, which they kept in and around their home over a prolonged period of time,” reported the BBC. The UK Health Security Agency said the risk to the public was very low but some virus strains have the potential to spread to people.

The CDC said it monitored H5N1 viruses for genetic changes that have been associated with adaptation to mammals, which could indicate a virus could spread more readily to people from birds.

To read CDC guidance on how to minimize risk of avian influenza, click here.