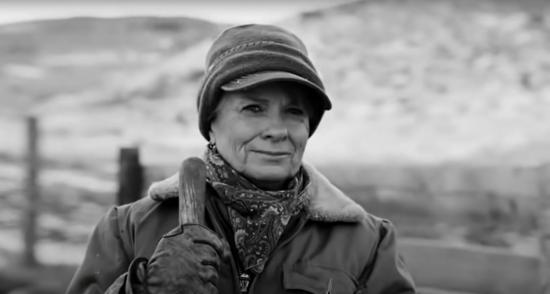 Though the United States granted women legal equality for property rights decades ago, women are still not not inheriting farmland as often as their male relatives.

“It is still not women who end up as owners or managers of the family farm,” wrote rural legal scholar Hannah Haksgaard of the University of South Dakota. “Rather it is their brothers or husbands who end up in control of the land.”

These imbalances may be a legacy from historical inequalities once supported by the law. Before 1969, women did not have equal inheritance rights if their parents died without a will. Farmland was often granted to a son, who was presumed to be more likely to farm it.

Two years later, the Equal Protection Clause of the Fourteenth Amendment granted women equal governmental treatment, criminalizing gender discrimination. And in 1976,  states were forbidden to create laws that passed land down to sons or male relatives under the assumption that only men want to farm.

The lack of equality in farmland inheritance is concerning considering that land management equality is “vitally important to the role of women in family and society,” Haksgaard said.

The legal obstacles for women farmers may be gone, but social expectations are still a big problem, said sociologist Ange Carter. Carter said that girls and women are less likely to be groomed to take over farm operations than their brothers.

While guest lecturing for a colleague at the University of Nebraska-Lincoln, Carter asked the class of mostly male agriculture students to share what they knew about female farmers or if they had any examples of women in agriculture in their families.

“And most of their stories were like this: ‘My mom has had a big contribution to our farm family, because after having three girls, she finally had me,’ ” Carter said.

Carter and her colleague, Andres Lazaro Lopes, published an article in 2019 about the branding of the American farmer in which they discuss a 2013 Dodge Ram commercial depicting portraits of farmers set to Paul Harvey’s 1978 speech, “So God Made a Farmer.”

“God said, ‘I need somebody…who’d bale a family together with the soft, strong bonds of sharing, who would laugh, and then sigh and then reply with smiling eyes when his son says that he wants to spend his life doing what Dad does.’ So God made a farmer.”

The advertisement was criticized for failing to represent the diversity of the people who produce our food. Out of about 20 people in the video, only a few were female.

When women are featured by companies like Dodge, Carter feels they are tokenized by gendered marketing.

“But that money actually saved a lot of farms during the Depression,” says Carter.

But poultry products are now much more lucrative ventures.

Some of the women who Carter interviewed do not self-identify as farmers themselves but as farmers’ wives. When asked what they do to contribute to their family farm, the women state they run the combine in the fall and manage the taxes, finances, and paperwork. But because women’s agricultural labor often goes unnoticed, these women do not view themselves as farmers or potential farmers.

“There’s so few families in which people have access to inherited land anymore… It probably puts more pressure on keeping [the land] in the family,” said Carter.

Because tillable land is expensive, having increased by 68% from 2007-2012, Haksgaard  states that one of the most straightforward routes into agriculture for women might be to marry a man who farms. But this is not a universal solution, especially for single or queer women. Divorce also tends to leave farming women particularly vulnerable. Because most parents do not hand over land until very old age or after death, most young couples working on the husband’s family farm do not yet own the land jointly.

“This means a woman may labor for years on her husband’s family farm and walk away from a divorce with no land because it did not yet belong to the couple,” Haksgaard wrote.

Carter interviewed a group of women farmers in their 60s who met at the co-op where the male farmers would often talk shop in the mornings. When the women joined, the male farmers shifted the conversations away from marketing or production advice to other topics.

“But instead of talking shop with these women, the men were asking them questions about their children or trying to remind them that they were married… They just didn’t see them as farmers. They saw them as either widowed single women or someone [whose] apple pie [they] usually eat at church.”

Some rural communities are already advocating for land management changes. Carter said the solution to more equitable land control might be experimenting with different types of land trusts. The Sustainable Iowa Land Trust, for example, promotes equitable access to land and responsible stewardship of land for farmers. On land donated to the trust, farmers may sign a long-term and affordable lease that their children can inherit. When they are finished farming, the trust will purchase any buildings erected in the meantime. Similar organizations often offer leases up to 80 years so individuals are guaranteed land for as long as they are able to farm it.

Land trust organizations create access to farmland for everyone because inheriting land is not necessary to enter agriculture. Carter suggests that perhaps discarding the idea that a farmer must own the land they cultivate is part of the solution.

“The water, the soil and our climate, these are all collective concerns. Agriculture is a very significant factor in a lot of these problems. What if we actually manage agricultural land like a public good?”

The Daily Yonder provides news, commentary, and analysis about and for rural America. You can see daily coverage at dailyyonder.com.