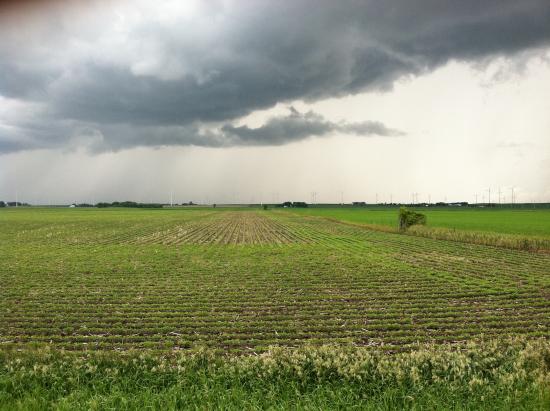 In tonight’s evening edition, catch up on the latest data from the USDA report and more planting progress, new fungicide for soybeans, and two undersecretary nominations in the USDA.

As of Sunday, the USDA has pegged corn planted at 49% and soybeans at 30% planted. While both have more than doubled in the past week, they’re still behind on the five-year averages.

“Weather looks to provide many growers an open window to get the crop planted this week, so look for a big increase in plantings next week,” says Cory Bratland, chief grain strategist and commodities broker at Kluis Commodity Advisors.

In South Dakota Lee Lubbers takes advantage of moisture to start planting his corn and soybeans. Chad Henderson hopes for a rain to sustain his knee-high corn in Alabama.

Lubbers says, “We are continuing to deal with numerous spot shortages. Diesel fuel has gotten to critical levels in the eastern and southern U.S. as I talk to fellow producers. We needed to scramble last week to find an extra 1,000 acres of a specific fungicide.”

While much of the region enjoyed warmer and drier weather, the northern Plains and Upper Midwest were the exception. Several days of showers and thunderstorms, some of which were severe, will have further delayed planting across this region.

Looking ahead to the week-ending May 21, there will be sporadic chances of rain and planting activities will need to be done between the rain drops.

Undersecretaries for Trade and Nutrition

The nominations, which require Senate approval, would fill two of the four vacancies for undersecretary at USDA.