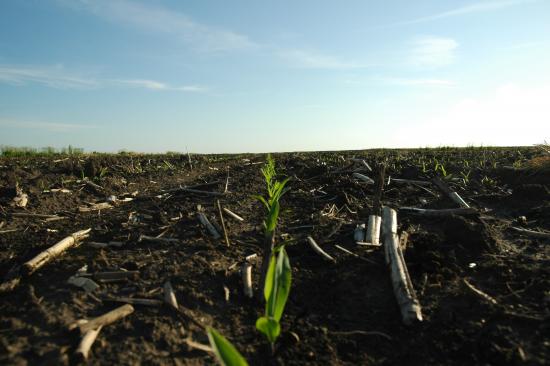 In today’s evening edition, catch up on the latest data from the USDA Crop Progress report, weather news across the country, and the strike at CNH Industrial.

Watch the video below for additional stats.

After two years of quick planting in 2020 and 2021, the weather so far this season has been less than favorable for the Corn Belt.

The colder-than-normal temperature pattern continues into the first week of May 2022, week-ending May 7. This is forecast to be the seventh coldest start to May in over 30 years for the Corn Belt with further risks of frosts and freezes.

XtremeAg farmers Lee Lubbers from South Dakota and Chad Henderson from Alabama check in this week with updates on their farms.

Henderson is wrapping up corn planting and starting on soybeans while Lubbers has finally gotten measurable rain so he can resume planting.

“The rain will give us enough moisture to plant for a while, and the wheat will take off and grow,” Lubbers says.

Over 1,000 United Auto Workers (UAW) members at CNH Industrial are on strike for improved standard of living, retirement benefits, and a better work environment, according to a press release from the UAW.

UAW members at locations in Racine, Wisconsin, and Burlington, Iowa, struck at 12 p.m. on May 2, claiming that CNH failed to present an agreement that met member demands and needs.