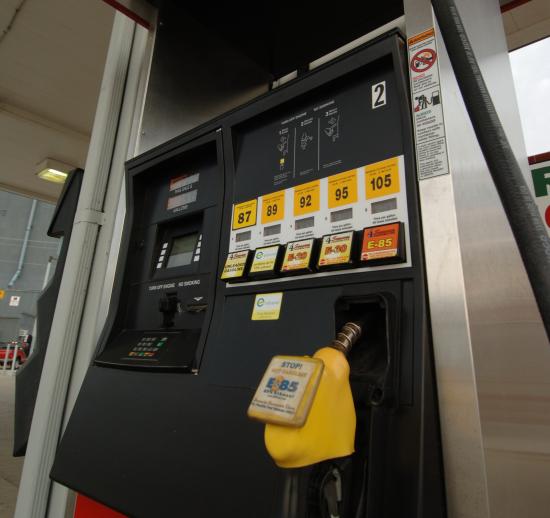 The federal government should do more to quell the uncertainties for farmers struggling with high fertilizer and fuel costs and the limited availability of supplies to fix their equipment and protect their crops from pests, weeds, and disease, a small group of Iowa farmers said Tuesday during a Republican forum on agriculture.

Farmers are particularly disadvantaged among business owners by inflationary costs because they have less ability to pass some of those costs on to their customers, they said. Crop and livestock prices are determined by a multitude of factors, many of which are out of their control.

“Everybody’s running scared,” said Joe Zuercher, a farmer in Clayton County. “We don’t know when the end is coming, and that’s the part that probably is more crucial right now. How long are we going to have to withstand these crazy fuel prices?”

Zuercher was among a small group of farmers who were invited Tuesday by Iowa Republicans to discuss the challenges they face as planting season nears. The virtual chat was aimed squarely at the policies of President Joe Biden’s administration, which they said ignore a potential salve for fuel stability: ethanol produced from corn.

Fuel prices have been steadily climbing since November 2020 as the country has tried to pull itself from the economic turbulence of the coronavirus pandemic. Demand for fuel — and the cost to buy it — plummeted at the beginning of the pandemic, which led to production cuts here and abroad, according to the U.S. Energy Information Administration. Fuel prices have been on the rise because of increasing demand and lower production.

The problem was recently exacerbated by Russia’s invasion of Ukraine, which caused a spike in gasoline and diesel prices that was higher than any three-week increase in the past three decades, the EIA reported last week.

Biden has also contemplated resuming oil imports from Venezuela to help offset fuel supply chain disruptions caused by the overseas war. A number of federal lawmakers from Midwestern states have promoted biofuels as an alternative.

“It’s a gut punch when they’re looking at Venezuela and Saudi Arabia, and here, right in our Heartland, we have biofuels,” U.S. Rep. Randy Feenstra, R-Iowa, told the panel of farmers on Tuesday.

Ethanol industry officials in Iowa have said there is sufficient production capacity to replace the crude oil the United States had been importing from Russia before Biden recently halted those imports, which account for a small percentage of the overall U.S. fuel supply.

Dave Swenson, an Iowa State University research scientist who specializes in transportation economics, has said a biofuel boost would do little to cut fuel prices.

“We do not have a shortage of fuel in the United States,” he said, adding that the fuel prices are dictated by global factors.

Feenstra wants to make E15 — a gasoline blend that is 15% ethanol — a dominant fuel for year-round use in the country. Such a move would increase demand for corn, and Iowa is the nation’s top corn producer.

The farmers on Tuesday said there is also much uncertainty about the availability of supplies to protect their crops as they grow.

“Our local co-op said there might be fungicide shortages and then also chemical shortages,” said Chris Perdue, a farmer in western Iowa.

And they bemoaned the hit-and-miss availability of parts to fix their equipment — the result of pandemic disruptions in the production of those parts. Iowa Rep. Ross Paustian, R-Walcott, is a farmer who said his neighbor was forced to buy a hydraulic pump for his tractor from a Nebraska dealership because it was the only place in the country that had it stocked.

Jim Boyer, an Emmet County farmer, had a similar, personal anecdote. He’s awaiting a $40 emissions-related sensor for his tractor, and he’s not sure if it will arrive anytime soon.

“I cannot drive that tractor — a quarter-million-dollar piece of equipment — because I cannot get that sensor,” he said.

The Republican Party of Iowa and its chairman, Jeff Kaufmann, hosted the discussion on Tuesday in recognition of National Agriculture Day.