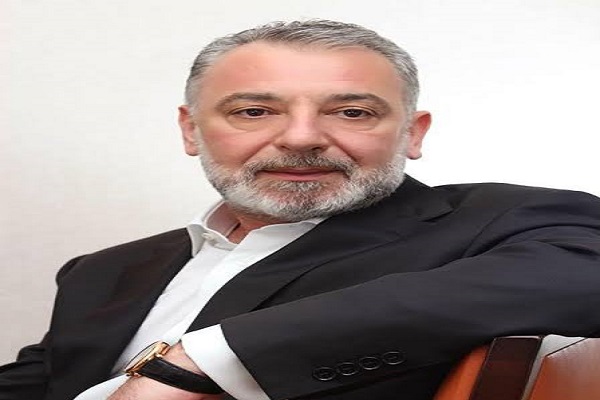 How to eradicate hunger has remained a global concern. Goal 1 of the United Nations Millennium Development Goals (MDGs) agreed by UN Member States in 2000 set a target to eradicate extreme poverty and hunger by 2015. Similarly, Goal 2 of the UN Sustainable Development Goals (SDGs) targets to end hunger, achieve food security and improved nutrition and promote sustainable agriculture by 2030. Yet, the number of undernourished people in the world grew by as many as 161 million between 2019 and 2020, according to the Sustainable Development Goals Report 2021, bringing the number of the world’s undernourished to about 811 million, or 9.9 percent of the world’s population. With the world population expected to grow to about 9.6 billion by 2050, the demand for food and sources of protein will continue to rise with some 2 billion more mouths to feed.

In West Africa, a recent report says food insecurity is at worst level in 10 years, with millions left in urgent need of food. The report, published by several non-governmental organizations, says the number of people in need of food assistance in the West African region – including Nigeria, Mali, Burkina Faso, Chad and Niger – increased from 7 million to 27 million between 2007 and 2022, adding that the number could increase by 11 million over the next three months unless emergency action is taken.

Stark realities like the above are why the efforts of companies like African Agriculture Inc. in ensuring food security need to be highlighted. African Agriculture, through its wholly owned subsidiary, Les Fermes de la Teranga (LFT), is developing a commercial farming business in Northern Senegal that will initially focus on producing and selling alfalfa for cattle feed and nutrition purposes, with plans to expand within Senegal, Niger, and potentially to other West African countries.

African Agriculture’s vision, according to Gora Seck, President of the Board, LFT Senegal, is to help agriculture and to encourage the employment of young people. In five years, Seck says the company expects to create 5,000 jobs, sow over 20,000 hectares and develop exports of alfalfa to other countries.

But Frank Timis, Founder, African Agriculture Inc. and Executive Chairman, Timis Corporation, says the vision is much broader than that, incorporating food security and environmental sustainability, two major issues he reckons will continue to be of concern to coming generations. Which is why the company is investing in developing protein for animals, biomass for green view, and the biggest strategic investment in protecting the vegetation on the African corridor.

“The strategy is to grow requirements of protein for livestock feed for the region (if you look at the numbers, there are over 100 million cattle in the region to feed), and also for possible export to the Middle East and in other places where it is required,” says Timis.

“We are looking at the type of alfalfa with high quality for feeding livestock, and also for biomass, considering the environment and that regulation is getting stricter today. We are in the process of acquiring 1 million hectares of high quality land, high quality water, high quality weather. Part of it is going to be for alfalfa, but the largest part will be for the environment. The environment, I believe, is a key factor going forward,” he says.

African Agriculture is starting off with producing alfalfa as its first crop for good reason, according to Alan Kessler, the company’s Chairman and CEO.

“Alfalfa represents the world’s highest source concentration of vegetation-based protein. Alfalfa gives us a great start. This will give us a high turnover, highly leverageable, extremely high margin cash flow source that will enable us to execute on our corporate projects. Alfalfa, in addition to a very high protein source for dairy cattle and for livestock which are abundant in the ECOWAS region, also has a very high caloric value in terms of biomass,” Kessler says.

African Agriculture’s commitment to environmental sustainability is further seen through its stated mode of delivering protein to the world – the enhancement of cattle feed via high nutrition content and fiber alfalfa production, the responsible environmental and employment management of Africa’s abundant coastline, and the deployment of cash flow ultimately into a global program of carbon offsets. The company is also keying into the Great Green Wall of Africa Initiative which aims to restore the continent’s degraded landscapes and transform millions of lives in the Sahel. Its reforestation plan in Niger ties into this. Timis believes that the earth would have a better environment if everyone on the planet plants one tree a year.

Kessler throws more light, saying the company’s complex in Senegal is fully sustainable “with solar-based power generation, fish and aquaculture embedded in all of our water channels on the farm which has the ability to create our own bio fertilizer to enhance our crop yields as well as our ability to participate in the Green Wall project which is a very exciting reforestation programme to prevent the desertification of the Sahara Desert”.

“In Glasgow, they highlighted that the OECD countries represent over 99 percent of all of the global ESG projects. We look forward to changing that discrepancy as it relates to the emerging markets,” he says.

Speaking on the partnership, Wade Baumgartner, Associate Vice President, Strategic Initiatives, Louisiana State University AgCentre, said it will be a unique one because whereas the institution has had partnerships with other universities, the partnership with African Agriculture would be the first with a private company. Baumgartner believes the partnership provides the institution different opportunities to branch out, to create from the ground up training and educational programmes with a private entity, and also to establish some research opportunities to look at how some of their agronomic resources and genetic resources perform in the Senegal environment.