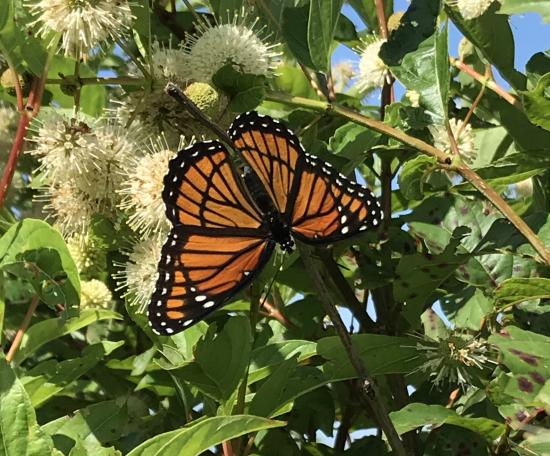 The monarch butterfly is imperiled by the loss of food and habitat as well as climate change, but an expansion in its winter hibernation area was “a sign of recovery — albeit a fragile one,” the World Wildlife Foundation (WWF) said in an annual survey.

Monarchs occupied 7.02 acres of its winter habitat in Mexico in December 2021, compared with 5.19 acres in the previous December, said WWF Mexico on Tuesday. Because it is impossible to count each butterfly, the survey measures the area of forest the monarchs occupy each winter.

“The increase in monarch butterflies is good news and indicates that we should continue working to maintain and reinforce conservation measures by Mexico, the United States, and Canada,” said Jorge Rickards, general manager of WWF Mexico.

Monarch populations have been on the decline for years. In winter 1995-96, the butterflies covered 45 acres of forest in Mexico. The major causes of the decline are believed to be the loss of milkweed, the only food source for monarch caterpillars, due to increased use of weedkillers, loss of habitat in Mexico and the United States, and global warming.

In 2020, the Interior Department said the orange-and-black butterfly met the criteria for listing as a threatened or endangered species but it was put on a waiting list because there were higher-priority cases. “This year’s count shows that they continue to urgently need Endangered Species Act protection,” said George Kimbrell of the Center for Food Safety, one of the groups that petitioned the government in 2014 to list the monarch as a threatened species.

The eastern monarch butterfly accounts for the bulk of the population in North America. An annual Thanksgiving count tallied 247,237 western monarchs in 2021, the highest total since 2016.