GMO wheat approved for consumption in Australia and New Zealand 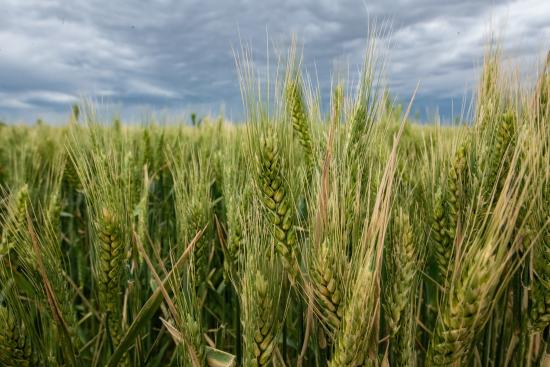 Food regulators approved a genetically modified wheat variety for human consumption in Australia and New Zealand, a victory in the rocky campaign to apply biotechnology to grains directly consumed as part of the diet. No GMO wheat is approved for sale in the United States.

A binational regulatory agency, Food Standards Australia New Zealand (FSANZ), approved on Friday the sale of imported foods made from wheat genetically modified to withstand drought and the herbicide glufosinate. At present, neither country allows the GMO wheat, developed by Bioceres Crop Solutions, based in Argentina, to be grown by its farmers.

“These [imports] may include flour, bread, pasta, biscuits, and other bakery products,” said FSANZ. “Based on the data provided and other information, food derived from wheat line IND-00412-7 is considered to be as safe for human consumption as food derived from conventional non-GM wheat cultivars.”

Four nations have declared the GMO wheat safe for consumers: Argentina in 2020, neighboring Brazil in 2021, and now Australia and New Zealand. Brazil is the sixth-most populous country in the world. Last year, Bioceres said it would focus on winning approval from other key importing nations before expanding sales of the GMO wheat.

Dozens of genetically engineered crops have been approved for cultivation in the quarter-century since agricultural biotechnology was commercialized, including corn, soybeans, cotton, sugar beets, canola, and alfalfa. Many of those are used in livestock rations or as ingredients in processed foods.

Action has been much slower with food grains such as wheat and rice, consumed directly, because of public skepticism over GMOs despite repeated assurances by authorities that the foods are safe to eat and years of experience in the marketplace. The Philippines was the first country, in July 2021, to approve plantings of so-called golden rice, modified to contain beta carotene, two decades after the International Rice Research Institute received a license for the crop.

Last week, Bioceres said China approved imports of its drought-tolerant soybean variety. “HB4 Soy is now approved for unrestricted growth and commercialization in the United States, Canada, Brazil, Argentina, and Paraguay, all together representing roughly 85% of the global soybean trade,” the company said.

In its approval report, FSANZ noted that the Bioceres wheat produced 20% higher yields during periods of water stress than conventional wheat, and Grain Producers South Australia said genetically engineered wheats had the potential to increase sustainability and profitability because they can withstand environmental stresses.

Milling companies Allied Pinnacle and Champion Flour Milling questioned the independence of FSANZ’s decision, raised the possibility of allergic reactions to the GMO wheat and warned of the possible impact of herbicide residues in the wheat. They also said approval of food made with GMO wheat could open the door to approval of GMO wheat cultivation in Australia and New Zealand without any safeguards against intermingling GMO wheat with conventional wheat.