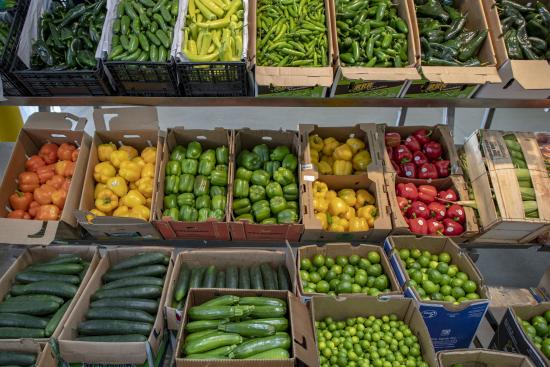 The world should create a fund of up to $25 billion to help poor nations deal with the surge in food prices caused by Russia’s invasion of Ukraine, said the head of the UN Food and Agriculture Organization on Wednesday. The FAO estimates that an additional 13 million people will face hunger in the near term because of warfare in the Black Sea region, ordinarily a major source of wheat and corn on the world market.

In a video message to G20 finance ministers and central bank governors, FAO director-general Qu Dongyu called for creating a Food Import Financing Facility to bolster food security. It would ease the immediate costs of financing food imports for low- and middle-income countries that are net importers of food.

Almost 50 countries rely on Ukraine and Russia for 30% or more of their wheat imports. Global wheat supplies are tight, and the war has created doubts that there will be enough grain to go around. Earlier this month, the FAO said its index of food commodity prices skyrocketed by 12.5% in March to its higher level ever. Wheat and corn prices increased nearly 20%.

“The war can have multiple implications for global markets and food security,” said Qu. The FAO did not suggest who would supply the funds for the financing facility.

The financing effort could be set up in a variety of ways and could start work with an initial $6.3 billion, said the FAO in a background paper. That would be enough to offer financing for 25% of current import costs. Alternately, the facility could base its assistance on additional purchasing costs that exceed $50 or $100 per person, which could cost $9.1 billion or $15.9 billion.

Nations could be required to invest in sustainable agricultural productivity growth as a condition of accessing the financing of food imports, said the background paper. Productivity investments would reduce the need for aid in the future.

A number of world leaders, including U.S. Treasury Secretary Janet Yellen, Deputy Prime Minister Chrystia Freeland of Canada, President Christine Lagarde of the European Central Bank, and senior economic officials from four European nations, walked out of a G20 meeting when Russian officials spoke, reported the Washington Post. Representatives of China and India stayed in the meeting. “The fissures put on full display the growing global divide over whether and how to ostracize Russia from the international community over the war,” said the Post.

Petroleum prices have mushroomed in tandem with food prices, with ripple effects on fertilizer prices. Russia is a top exporter of fertilizers. Some forecasts say the war will reduce economic growth worldwide.

“There are clear parallels with the conditions that led to the Arab Spring protests in 2010–2012, when rising living costs aggravated discontent and catalyzed widespread civil unrest,” wrote David McNair, executive director of ONE, a global campaign against poverty and disease. Without swift action by the IMF and World Bank to strengthen African economies, he said, food and political stability would be jeopardized.

The World Food Programme said that up to 811 million people, equal to 10% of the world population, are already hungry.