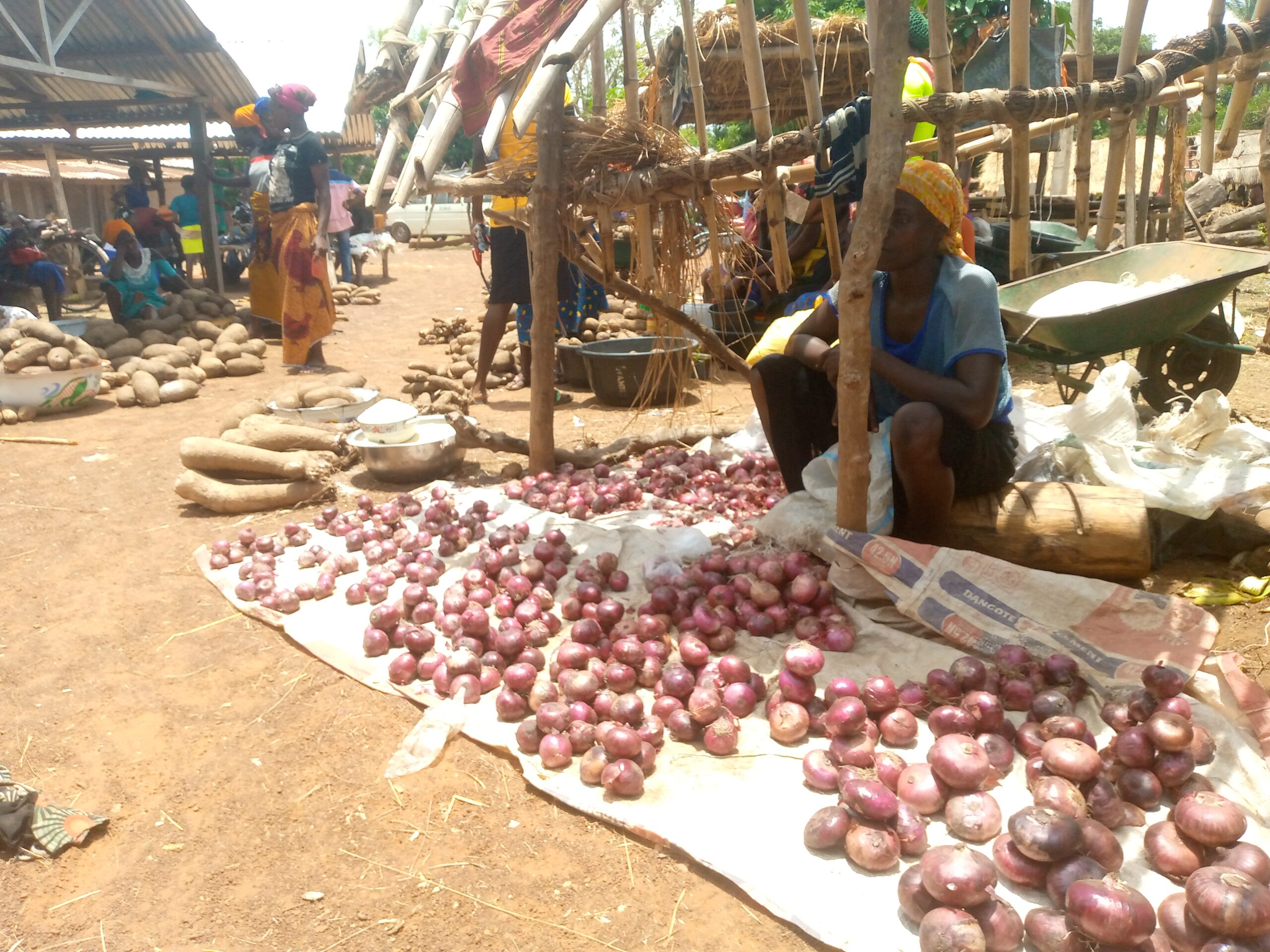 On a recent Monday morning, Onah Raphael, 43, set out for his cassava farm in Ikponyire, a community in the Obi Local Government Area of Benue State. A two-hour journey, Mr Raphael had no choice but to trek. Even if he had a means of transportation, the road to the farm is not motorable.

“We do not have a transportation system to these farms, the road is barely usable even with legs,” he said. “It gets slippery when it’s raining but gets too dusty when it is dry.”

Although farming is his family’s lifelong enterprise, he would not pass it on to his children due to the hardship involved, and the threat of attacks by suspected herders.

Perhaps, his decision would have been different if the Ohuma-Oyinyi-Ojwo-Okponyire road budgeted for several years had been completed.

The road construction first appeared in the 2016 budget as a Zonal Intervention Project nominated by Samson Okwu, a member of the House of Representatives representing Oju/Obi Federal Constituency. N25 million was budgeted for it and was placed under the supervision of the Department of Rural Development, Federal Ministry of Agriculture.

Information provided by the Accountant-General of the federation to UDEME, shows that funds for the project have been fully released.

“It was the best news we had,” Ogbu Jacob, a resident of Ohuma said. “We thought of how relevant our farm produce would be and how rewarding farming would be when we eventually have a good market. But all was hope in the air.”

The same project was nominated in 2019 by the same lawmaker and N38 million was added, bringing the total amount to N63 million. Again, hopes of residents were raised but the road was soon abandoned.

“I know that in 2020, there were some grading (works) at the junction, but they did not go far, they did not take it to us. They stopped somewhere far from our end,” Raphael Ololega, a resident of Adum said.

The road is major in the communities. It is the only way that connects Ohuma-Oyinyi-Ojwo-Ikponyire and the popular Udebo bush market, Main Obarike market in Obi, Ihiejwo market in Oju, and Obusa market, where farmers sell their produce.

The road is extremely slippery, with erosion cutting through in most parts. Without a drainage system, the road surface continues to wash off anytime it rains.

Although the residents gathered various grasses and other stoppers on the road as a way of finding a temporary solution, the rain has them.

As it is for Mr Raphael, so it is for Ijale Omirigbe, 56. He used to farm vegetables and other perishable crops like tomato, pepper, and others around the Obi river in Orihi.

The first few years of the business were good for him. He made money because people came to the farm to buy and he could use his bicycle to transport to the Obarike market but things changed and Mr Omirigbe had to eventually abandon farming.

“Long time ago, like 10 years, I had this bicycle I used in supplying these goods, but no, it is no longer available. It got spoiled and I could not repair it. Apart from this bicycle, there were motorbikes that could carry those with little charges. The charges nowadays for motorbikes are not favorable anymore. That was why I stopped,” he said.

While hunger continues to bite in several parts of the country, farmers in Adum, Ikponyire complained of wastage of farm produce.

“We are not able to transport our goods to a good market,” Otoja Ohini, a farmer said. “Either we allow some community petty traders to come to buy them at a very cheaper rate. or they get spoiled.”.

Mr Ohini, 61, a native of Adum said their produce gets spoiled right from the farm because of inadequate mechanisms to process them and lack of transportation to the market.

Isaac Obia, 38, used to be a tomato farmer. Lack of a good market and transportation accounts for his frustration and he now stops farming tomatoes.

“Tomatoes are easily perishable, producing them without having a good market for it is frustrating. In the small bush market we have, people don’t buy things in quantity, they can only buy the one they want to use immediately, therefore, we only farm small to avoid too much waste,” he said.

As frustrating as it is to get goods to the market, Margaret Enya, 48, always forces herself into the big Obarike market, which is about 45 kilometers from Adum.

“I like going to the market because I discovered that sometimes when people come to buy from us in the village, they cheat us. For example, an okibe of cassava flakes can go for N10,000 in the market, but when they come to buy from us, here at home, they buy for N3000,” she said.

“If there is a good road to this place, we would not be this poor. Many of us have goods stocked inside or still on the farm, but can’t sell them.”

Okibe is a name coined for the metallic bowl used in measuring garri and other grains. It contains about 120kg of garri.

Unlike Mrs Enya who stopped selling at home but rather followed the terrain to the market, Mama Alice would rather have her cassava waste on the farm. She is no longer strong enough to ferment enough to sell.

“As at the time farming was lucrative for us, I had a large cassava farm, I could easily sell them when I wanted. Turning them to garri and other food items was not an issue. However, I would rather allow the cassava to get spoiled on the farm. The pressure and stress aren’t corresponding with the values. So, I stopped.”

Residents continue to suffer the lack of access roads without an explanation as to why the road was not constructed despite funding.

The lawmaker representing this Oju/Obi Federal Constituency, Samson Okwu, could not be reached. Messages sent to him were not responded to and he never answered several calls to his line.

At the site, there is no signboard illustrating the project, hence, UDEME could not ascertain which contractor the project was awarded to. The FOI sent to the Department of Rural Development, Ministry of Agriculture was not responded to.

At the ministry, no official was willing to speak to UDEME. The ministry’s spokesperson, Theodore Ogaziechi, left the position in April and has not been replaced.