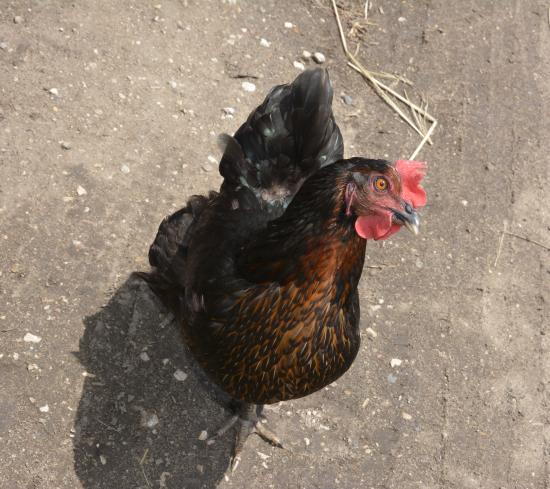 The number of commercial and backyard detections of highly pathogenic avian influenza in Iowa this year is less than a 10th of the nation’s total, yet the state accounts for about 43% of the total birds affected, according to U.S. Department of Agriculture data.

That’s because Iowa’s infected flocks have been much larger than those of other states. Iowa agriculture officials announced the state’s seventh case: on Saturday: A commercial flock of about 250,000 young hens in Franklin County.

Compare that with Maine, which had eight confirmations as of last week. All of those were backyard breeds, and they totaled 591 birds.

A commercial operation of egg-laying hens in Iowa’s Buena Vista County is the largest affected so far by the outbreaks in the United States this year. It had more than 5.3 million birds.

The smallest affected flock so far was a mix of six backyard birds in southern Kansas.

Iowa was also the hardest-hit state in the deadly bird flu outbreak of 2015, when its birds accounted for about two-thirds of the nearly 50 million total. The virus was present in Iowa for about two months that year. It is spread by wild, migrating birds.

Iowa is part of the Mississippi Flyway through which more than 325 species of birds migrate north each year, according to the National Audubon Society.

The virus has been identified in 25 wild birds in Iowa since March 10, predominantly in geese but also in a duck and a red-tailed hawk, according to the USDA. Most of them were in western Iowa. Many of the geese that were tested were shot by hunters.

“A high percentage of these birds are carrying the virus,” said Yuko Sato, a poultry veterinarian for Iowa State University Extension and Outreach.

The virus is highly contagious and often deadly for domestic birds, but infected wild birds can be asymptomatic.

Nearly a month has elapsed since the virus was first detected in the state on March 1 — in a backyard flock in Pottawattamie County — but it’s unclear whether the window of infections will close after another month, similar to the duration of 2015. The first detection this year came about six weeks earlier than in 2015.

“As long as migratory birds are moving through the state, there’s a risk of continued infection,” said Chloe Carson, a spokesperson for the Iowa Department of Agriculture and Land Stewardship, “but we’re doing all that we can to reduce the risk of spread between facilities.”

That includes culling flocks as soon as the virus’ presence is confirmed.

It has been found in 64 flocks in 17 states, according to USDA data. The most-recent confirmation included in that data was from March 24. It often takes days for the site to be updated after state agricultural officials announce a new detection.

South Dakota has the most detections of any state so far with 12. Those flocks of mostly turkeys totaled about 630,000.

Highly pathogenic avian influenza detections in Iowa this year include: