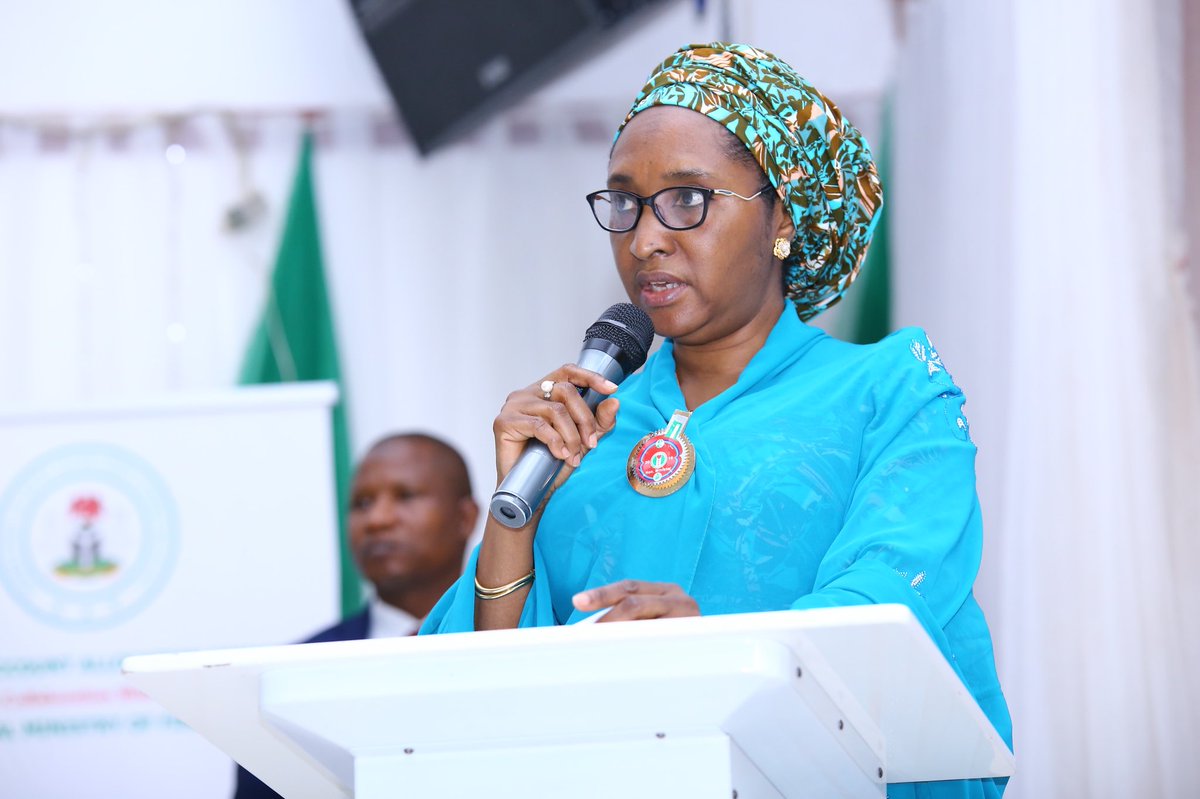 The President Muhammadu Buhari-led National Food Security Council is to meet over the rising cost of food in the country, the government has said.
The council was set up in 2018 and is chaired by the president. Some state governors are members, alongside the Ministers of Agriculture and Rural Development; Finance; Interior; Industry, Trade and Investment; Water Resources; Environment; as well as Budget and National Planning.
The council was primarily created to respond to the farmers–herdsmen violence, climate change and desertification and their impact on farmland, Channels TV reported at the time.
It is also aimed to address the issues of grazing areas and lakes, rivers and other water bodies; oil spillage and its impact on Niger Delta fishing communities; piracy and banditry; agricultural research institutions and extension services and the problem of smuggling.
It is not clear when last the council met, but it had a meeting in September 2020.
The Minister of Finance, Budget and National Planning, Zainab Ahmed, said on Wednesday that the Federal Executive Council had decided that the council should “very quickly meet to address the issue of food inflation, and also provide a plan and some methods in which we can reduce the cost of food to support improved food prices for the citizens.”
“We [also] reported to council that inflation has started going upward to the extent that the monetary authority, the central bank, had to adjust the MPR to 13 per cent in the last MPC, and that’s an attempt to manage the cost of inflation,” the minister said.
The move by the government is coming a week after the Central Bank of Nigeria raised the interest rates from 11.5 per cent to 13 per cent. Analysts say Nigeria’s inflation is not caused by having too much money in the system, but by a short supply of food and other items, suggesting that raising interest rates may not solve the surge in food prices.

The cost of food since the beginning of 2021 has been on a steady rise. Food prices touched the highest levels ever recorded in the country’s history last year, leaving millions of citizens struggling to buy food. The new steps appear to show that the government is finally taking real action against food inflation after years of downplaying the problem.
The government said it has invested substantially in agriculture, but its interventions are yet to profoundly manifest in the country’s status of food security. This is evident in Nigeria’s current state of food availability, affordability and accessibility.
Besides several other factors affecting the country’s food production sector since 2021 after the Covid-19 lockdown, insecurity spiralled in many parts of the country, depriving farmers access to their farms and sending food prices skywards.

Mrs Ahmed said FEC also decided to set up a special effort to look at the economic sectors that did not grow well in the first quarter of 2022.
The Nigerian economy grew by 3.1 per cent in the first quarter of 2022, compared to a growth of 0.5 per cent in the first quarter of last year.
“This growth shows a gradual economic stability from the recession that we witnessed in 2020. And also it shows the six quarters of positive growth that the Nigerian economy has presented,” the finance minister said.
The minister said of the 46 economic activities in the country, the bulk sector performance showed that the services sector grew strongly by 4.7 per cent and that agriculture also grew by 3.61 per cent.

She explained that the industrial sector on the other hand contracted by minus 6.81 per cent and that there is also a significant contraction in the crude oil, petroleum and natural gas sector of 26.04 per cent.
The Minister said the coal mining sector also declined and that oil refinery had the biggest contraction of 44.26 per cent followed by electricity sector and textile output.

“Therefore, even though there has been growth in some sectors, there are significant contractions than others but the net effect is positive growth,” she said.
Mrs Ahmed said the government is very mindful of the fact that,”unless we have most of the sectors growing, especially the growth in the jobs impacted sectors, that this growth that is positive will not be directly felt by the people.”

Good journalism costs a lot of money. Yet only good journalism can ensure the possibility of a good society, an accountable democracy, and a transparent government.

For continued free access to the best investigative journalism in the country we ask you to consider making a modest support to this noble endeavour.

By contributing to PREMIUM TIMES, you are helping to sustain a journalism of relevance and ensuring it remains free and available to all.

TEXT AD: Why women cheat: what every Nigerian man should know