Packers: ‘We’re not to blame for high meat prices’ 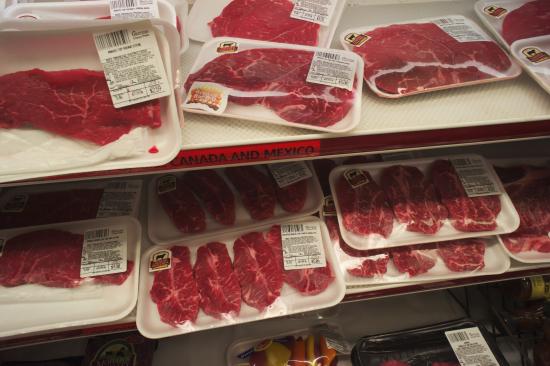 The chief executives of the nation’s four largest meatpacking companies said on Wednesday that they were not the cause of surging meat prices at the grocery store, which are up by 15% in a year. And they told a skeptical House Agriculture chairman David Scott, there was no pact to drive up profits at the expense of consumers or limit the meat supply for Americans.

Scott pointed to a rise in packer margins that began in 2015 and has persisted. “This can’t possibly happen in a competitive market,” he said. “I have studied antitrust behavior. … So I can tell you that this is exactly the type of activity that has caused many others on both sides of the aisle to raise these questions” about collusion.

Packer margins are the difference between the prices paid by processors to buy cattle and the wholesale price of meat after it leaves the plant.

Meat prices have soared because of surprisingly strong consumer demand, disruptions in production due to outbreaks of COVID-19 at packing plants, rising feed costs, and warfare in Ukraine, said the executives.

“We acknowledge that the rising cost of most goods — including food — poses significant challenges for consumers worldwide,” said Cargill chief executive David MacLennan. “The price for meat is not immune to the global factors impacting inflation.” Tim Klein of National Beef said meatpacking was a highly competitive, low-margin industry where consolidation was the natural result of seeking peak efficiency. “The prices that consumers pay are determined by the retailer, not by National Beef,” he said.

“Inflation is a significant concern across the entire U.S. economy,” said Tim Schellpeper of JBS USA. Donnie King of Tyson Foods quoted Larry Summers, former Treasury secretary, that “rising demand, with capacity and labor constraints, are fully sufficient for what we observe in meatpacking.”

Scott, who took the unusual step of having the executives swear to tell the truth before testifying, asked for a yes-or-no answer to his question: “Is there or was there ever an agreement between your four companies to cooperate together on issues impacting supply or pricing?”

MacLennan, Klein, Schellpeper, and King each responded, “No.”

Two of the senior Republicans on the committee said the Biden administration was trying to shift blame for inflation to the meat industry.

Iowa Sen. Chuck Grassley, sponsor of a bill to require meatpackers to buy some of their slaughter on the cash market, was in the House hearing room when the meat executives testified. Scott said senators and representatives were working on legislation to “make sure our ranchers are getting equity” when they market their cattle.

“More cash trade today will not help the producer,” said Klein. “Many of the cattle that are brought in an AMA [alternative marketing agreement] or other agreements are because the producer wants a guaranteed home for their cattle.”

Proponents say AMAs pay producers a premium price for cattle that yield high-quality meat. Critics say the decades-long decline in cash sales makes it difficult to know if packers are offering a fair price. AMAs are popular in Kansas and the Southwest. Cash sales are common in the Midwest.

To watch a video of the hearing, click here.

To read the written testimony of witnesses, click here.