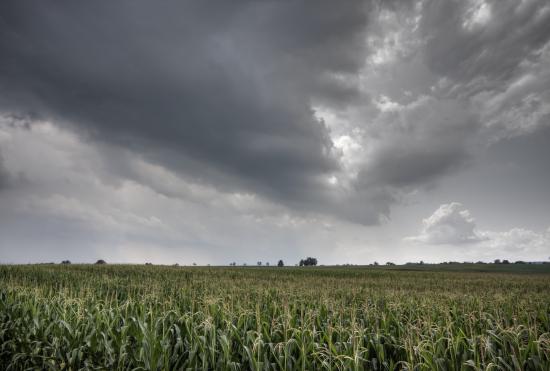 Taxpayers shelled out nearly $40 billion in crop insurance premiums in the Mississippi River region between 2001 and 2020, and that number is expected to increase sharply as climate change intensifies, according to an analysis of Department of Agriculture data by the Environmental Working Group (EWG) that was released Wednesday.

“The federal Crop Insurance Program must be reformed to encourage farmers to adapt to a rapidly changing climate before costs spiral even more out of control,” said Anne Schechinger, EWG’s Midwest director and author of the report.

Taxpayers fund about 60% of crop insurance premiums and foot some of the bill for indemnities to insured farmers when losses cost more than premiums. Critics say the program encourages farmers to grow crops that are not adapted to a warmer world and to forgo steps that would make their farms more resilient to climate change.

The report predicts that if the climate warms by 1 degree Celsius, premium subsidies could increase 22%. With 2 degrees of warming, that increase could be 57%.

“As the USDA evaluates all of its programs for how they could better support climate adaptation and mitigation, the agency should be taking a long hard look at the Crop Insurance Program,” Schechinger said.

The report spotlights the Mississippi River Critical Conservation Area, or MRCCA, a USDA-designated “area of focus” encompassing more than 387 million acres in about 1,000 counties across 13 states. In the 20-year period analyzed by EWG, Illinois, Iowa, Minnesota, and South Dakota received the most money in premium subsidies — more than $22.9 billion combined, or about 58% of total premium subsidies in the MRCCA.

“Crop insurance reforms are especially imperative in the MRCCA, a region with millions of critically important cropland acres that are particularly vulnerable to extreme weather wrought by the climate emergency,” Schechinger said.