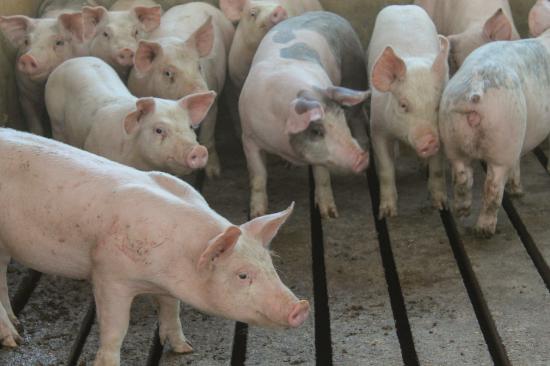 The increasing dominance of large factory farms in Iowa means hog farmers earn $2 less per pound of pork than they did 40 years ago, when the state had many more smaller farms, according to a new report by the nonprofit advocacy group Food & Water Watch.

“The price of hogs has gone down, and more and more is going to the middlemen, the processors, and the retailers,” said Amanda Starbuck, research director for the nonprofit and lead author of the report, The Economic Cost of Food Monopolies: The Hog Bosses.

Iowa lost nearly 90% of its hog farms from 1982 to 2017, as rapid factory farm expansion drove out smaller, family-scale farms, according to the report. In 1980, the nation’s top four pork processors slaughtered about one out of every three hogs in the U.S.; today they slaughter twice that much. In Iowa, the top pork-producing state, that number is even higher, with the top four firms slaughtering nine out of 10 hogs. That dominance allows the big processors to manipulate the market by, among other tactics, flooding auctions with their own hogs to drive down the price. This makes it extremely difficult for farmers to get a fair price for their hogs, the report states.

“These are really, really big players,” Starbuck said in an interview. “Iowa raised 22.7 million hogs in 2017, and 22.3 million of those came from factory farms, with the average farm having just under 100,000 hogs.”

The report calls out The National Pork Producers Council (NPPC), the leading pork industry trade group, which boasts that the industry provides $22 billion in personal income in rural areas. While it’s true that per capita income has gone up in each of Iowa’s counties over the past 40 years, Starbuck said, the reality is that a few wealthy hog farmers are driving up the average overall income, masking the real income inequality that exists. “It hides the disparities that come when there’s a few big winners versus the people that get left behind,” she said.

When median income is considered instead of per capita income, Starbuck said, it becomes clear that Iowa’s transition from small hog operations to huge factory farms has lowered many residents’ incomes. Their analysis showed that from 1979 to 2017, median income fell between 6 and 7% in Iowa counties with the largest hog farms. The NPPC did not respond to a request for comment by the time the story went to press.