Report: Land use and farming have crucial role to play in avoiding climate catastrophe 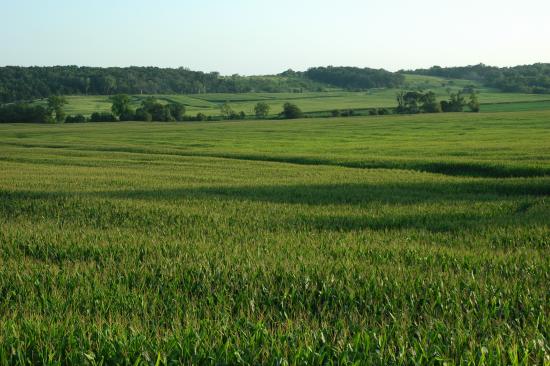 A major UN climate report released on Monday lays out a broad array of strategies for limiting emissions and mitigating climate change. While the most critical priority is to quickly phase out the use of fossil fuels, the report outlined many opportunities to help limit climate change by altering how land is managed and food is produced. And, critically, most of these options are “available and ready to deploy,” the authors wrote.

The Intergovernmental Panel on Climate Change (IPCC) report, produced by a team of 278 scientists from 65 countries, presents a narrowing time frame for action. To limit global warming to 1.5°C. (2.7˚F.) and avert some of the most catastrophic effects of climate change, global greenhouse gas emissions must peak before 2025 and be reduced by 43% by 2030.

“It’s now or never,” said Jim Skea, co-chair of the IPCC Working Group III, in a statement. “Without immediate and deep emissions reductions across all sectors, it will be impossible.”

Land-based mitigation measures are “some of the most important options currently available,” the authors wrote, since land can both sequester carbon in plants and soil and produce substitutes for fossil fuels. The agriculture, forestry, and land-use sectors alone could provide 20% to 30% of the mitigation needed to limit global warming to 1.5°C. to 2°C., according to the report.

Protecting and restoring such landscapes as forests, peatlands, coastal wetlands, and grasslands offers the greatest carbon-sequestering potential between now and 2050, the authors wrote, followed by changes to agricultural production. Agriculture could contribute to mitigation through crop and grassland soil carbon management, agroforestry, and improved rice cultivation.

But limiting warming to 1.5°C. would also require cutting methane emissions by about a third over the next 10 years. Livestock, particularly cattle, are a major source of methane, which is a shorter-lived but more potent greenhouse gas than carbon dioxide. And methane emissions from animal agriculture continue to increase.

The authors warned that how land-based mitigation efforts are put in place will determine whether they help or harm biodiversity, food security, human well-being, and air and water quality.

They also said that a sharp increase in funding would be key to the land and agriculture sector reaching its mitigation potential. The report estimated it would take an investment of $400 billion per year compared with the $700 million per year that’s currently being spent.

The report also looked at the overall food system’s potential for mitigating climate change. In 2018, the food system — which includes producing, consuming, processing, and distributing food and disposing of its waste — accounted for an estimated 31% of global greenhouse gas emissions.

A shift to diets that emphasize plant-based foods such as beans, nuts, fruits, and vegetables could result in a “substantial reduction” in greenhouse gas emissions while also reducing the toll of non-communicable diseases. At least 94 countries have dietary guidelines, but very few take environmental sustainability into account, the authors noted.

The report detailed a number of other ways to reduce the food system’s emissions, such as shifting to agro-ecological farming methods, eliminating food waste and loss, using hydroponic and aquaponic farming systems, and developing alternative protein sources such as lab-grown meat and insects.

The new report on mitigation is part of the IPCC’s sixth assessment of climate science. Last month, the panel published a report focused on adaptation to climate change. An August 2021 report detailed how human activity is causing climate change.

“Unlike for other polluting industries, sustainable solutions are readily available for food systems — such as reducing food waste, promoting agroforestry, and introducing sustainable diets — all while mitigating emissions, and delivering multiple benefits for food security, livelihoods, and biodiversity,” said Emile Frison, a member of IPES-Food in a statement.