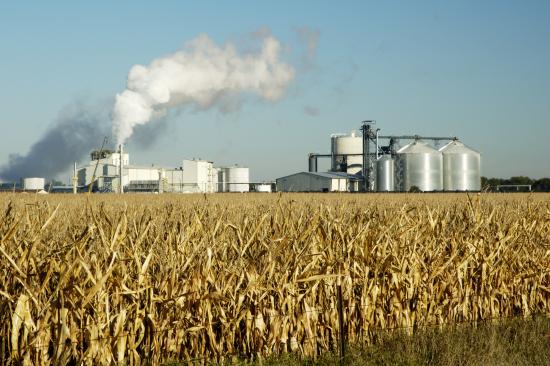 In a first-of-its kind study, researchers at Purdue University have illustrated the impact of the Renewable Fuel Standard (RFS) on the production of biofuels.

Over the past 15 years, production and consumption of biofuels have increased in the United States, caused by a variety of market factors and forces. Farzad Taheripour, the agricultural economist who led the study, says RFS played a critical role in reducing uncertainties in commodity markets. Most significantly, RFS helped farmers use their resources more efficiently.

RFS is a policy established in 2005 that requires fuels used for transportation to contain a minimum amount of renewable fuels, such as ethanol and biodiesel made from U.S. corn and soybeans.

“With producing more corn and soybeans, over time farmers were able to bring fallow land back to production, and U.S. annual farm income increased by $8.3 billion between 2004 and 2011, with an additional annual income of $2.3 billion between 2011 and 2016,” Taheripour says.

The study evaluates the long- and short-term economic impacts of market forces and policies on the biofuels industry, and successfully identified the impact of each market driver.

“A hybrid of models is needed to accurately assess the situation – one model can’t capture it all,” says Taheripour. “An introduction of a new policy shocks the market, but only for the short term. In the long run, people adjust, things stabilize, and the true impact can be seen.”

A vital tool used by the team was Purdue’s GTAP-BIO computational general equilibrium model for land use analyses related to the environmental, agricultural, energy, trade, and biofuel policies and actions. The model sorts commodities into several categories – like oil crops, vegetable oils, meals – and includes the production and consumption rates into its algorithm.

“The model takes into account the use of commodity feed stocks for food and fuel, and the competition or trade-offs between those and other market uses,” says Taheripour. “It also traces land use and handles intensification in crop production due to technological progress, multicropping, and conversion of unused cropland to crop production. This is the first biofuels study to be able to piece out all these factors individually and to combine that information with short-term models to capture finer and shorter-term impacts.”