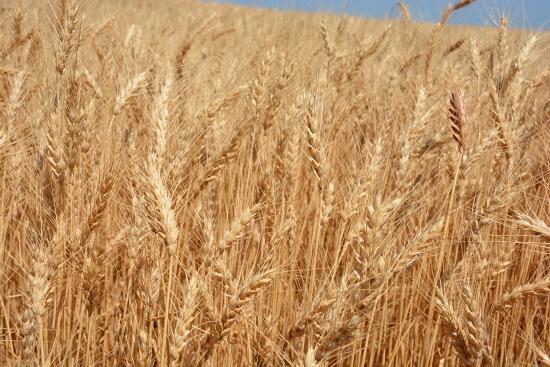 Aided by one of its largest crops ever, Russia will again be the world’s largest wheat exporter in the year ahead while neighboring Ukraine will ship only half as much wheat as this year, the result of the invasion by Russia, said the Agriculture Department on Thursday. The U.S. wheat crop will sell for a record average $10.25 a bushel, $3 more than the 2021 crop, because of tighter world supplies and drought at home.

In its first estimate of 2022 crops, the USDA said world stockpiles of wheat would be drawn down by 12 million tonnes, or 4%, during the 2022/23 marketing year due to record-high demand for exports despite a slightly smaller crop than last year. World ending stocks, the wheat on hand when the next crop is ready for harvest, would be the smallest in six years.

“Russia is projected as the leading 2022/23 wheat exporter at 39 million tonnes, followed by the European Union, Australia, Canada and the United States,” said the monthly WASDE report. “Ukraine’s 2022/23 export forecast is 10 million tonnes, down sharply from last year on reduced production and significant logistical constraints for exports.”

Ukraine usually is one of the largest suppliers of wheat on the international market. But it will harvest only 21.5 million tonnes of wheat this year, 35% less than in 2021, and exports of 10 million would be half of the 19 million in the trade year that is ending.

“The decrease in production year-to-year is due to the ongoing Russian invasion of Ukraine,” said the USDA in its World Agricultural Production report. Yields per hectare were forecast to fall by 18% and harvested area by 21%. Thirty percent of wheat land in “conflict zones” will not be harvested due to mines, bomb craters and lack of fuel and farm labor.

Meanwhile, Russia would reap 80 million tonnes of wheat, the third-largest crop on record, thanks to good yields. “Crop development is still early, however, and will largely depend on May and June weather,” said the USDA, referring to winter wheat, about 70% of Russian wheat output. Harvest will begin in July.

The U.S. winter wheat crop was forecast at 1.174 billion bushels, down by 6% from 2021 and one of the smallest crops in decades, said the monthly Crop Production report. Hard red winter wheat, the dominant U.S. variety, would be down by 21%, to total 590 million bushels because of drought in the central and southern Plains.

“Abandonment (of wheat fields) is highest since 2022 with the highest levels in Texas and Oklahoma,” said the USDA. Kansas, the No. 1 winter wheat state, was forecast to harvest three-fourths as much wheat as in 2021.

A significant rebound in spring-planted wheat would allow U.S. all-wheat production to rise by 0.5% from last year.

With spring planting running later than usual, the USDA projected a record-large soybean crop of 4.64 billion bushels, based on the largest soybean plantings on record, and a corn crop of 14.46 billion bushels, down by 4% from 2021.