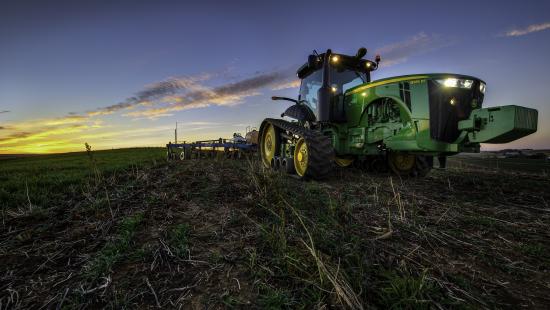 Agricultural intensification and a lack of regulations drove a 78% increase in the farm sector’s ammonia emissions between 1980 and 2018, according to a paper published by The Proceedings of the National Academy of Sciences on Monday.

These emissions result in nitrogen deposition, which contributes to a range of environmental and health risks such as soil acidification, biodiversity loss and dead zones in waterways.

Deposition of reduced nitrogen increased 72% worldwide over the last four decades, the researchers wrote, partly due to a lack of regulations on agricultural ammonia emissions across the globe. The notable exception was western Europe, where these emissions are regulated and have declined over the last 40 years.

Ammonia emissions from crops, driven by fertilizer overuse, rose 128% between 1980 and 2018, while livestock emissions, which come mainly from manure, increased 45%, according to the paper.

The use of synthetic nitrogen fertilizers is outpacing increases in agricultural productivity, the authors wrote, citing data from the UN’s Food and Agriculture Organization (FAO) that showed that fertilizer use has tripled in the last 40 years, while food production has doubled. Nitrogen use efficiency — the amount of nitrogen that is taken up by crops, as opposed to running off into waterways or volatilizing into the air — has decreased globally, and particularly so in China, where it fell from 60% in 1961 to 25% in 2010.