‘The truth is California does not have enough water’ 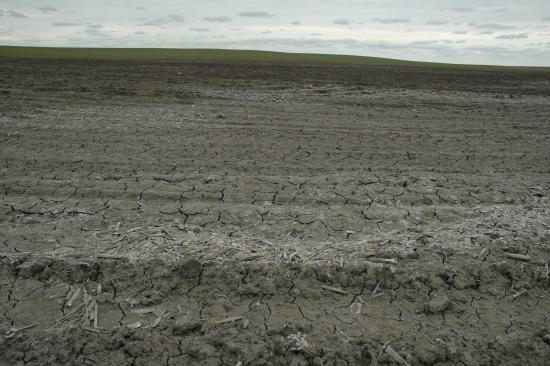 California’s San Joaquin Valley is getting drier, hotter and more polluted as climate change intensifies, and its communities will need to embrace more equitable agricultural strategies in order to survive, according to local experts and political leaders.

“The truth is California does not have enough water to continue with its current practices,” said Angel Santiago Fernandez-Bou, a postdoctoral scholar in environmental systems at University of California, Merced. “Climate change will make it worse.” He spoke at a virtual panel last week organized by the Water Hub, a water justice program launched by the advocacy group Climate Nexus.

A flat tract of drained wetlands and tilled prairies in the east of the state, the San Joaquin Valley is one of the most productive agricultural regions in the world. According to the panelists, it’s also under threat of ecological collapse. Wells are going dry as California enters its third year of drought, leaving hundreds of households without running water, and a combination of industrial pollution and wildfire smoke has made the valley’s air among the worst in the nation.

Conditions are projected to get worse as global warming increases. A study by the Public Policy Institute of California found that San Joaquin Valley farmers may need to fallow 500,000 acres—10%—of their land by 2040 to achieve sustainable water usage. According to Fernandez-Bou, extreme heat days where temperatures rise above 100-105 degrees will become 15 times more frequent, posing a dire health threat to the valley’s farmworkers.

The panelists also described the havoc wreaked by thinly regulated agribusiness on the valley’s communities. Denise Kedara, vice-chair of the Central Valley Regional Water Board, detailed the water contamination issues in Allensworth, which was the first town in California to be founded by Black Americans. Established in 1908, the town was originally built on the shores of Tulare Lake, the largest freshwater lake west of the Mississippi. Today, the lake is bone dry after water was diverted by agribusiness, and Allensworth’s water supply is rife with arsenic, a naturally occurring contaminant that was exacerbated by the overpumping of groundwater.

“Allensworth has been considered a town that refuses to die,” said Kedara, who is also the president of Allensworth’s Progressive Association.

Panelists explored a range of community-based strategies that could make San Joaquin Valley agriculture more resilient and equitable, including regenerative agriculture. “We have the hedge rows, the wind breaks,” said Dennis Hutson, an organic family farmer from Allensworth. “We’re building up the soil so we have the pollinators.”

Hutson also described his attempts to convert his farm into a cooperative model that could benefit the wider Allensworth community. “We have moved from small family farms to huge agribusiness,” he said. “Now we see that is not working.”

Panelist Uriel Saldivar, a senior policy advocate at the Community Water Center, praised an executive order issued by Gov. Gavin Newsom last week regulating agribusiness’ excessive well drilling. But, Saldivar stressed, “More work to be done.” Farmers have critically depleted many of California’s aquifers, and the state is trying to restrict overpumping through its Sustainable Groundwater Management Act (SGMA), which gives local governments new tools to enact restrictions. The law passed in 2014 but has yet to be fully implemented, and Saldivar says industrial ag operations have drilled more than 6,200 new wells since SGMA was passed. He urged legislators to pass AB 2201, which would strengthen SGMA by requiring farmers to undergo a more rigorous and transparent approval process for new agricultural wells.

“We know that droughts are only going to worsen with the decades to come,” said Saldivar, “and we need to proactively pass policies like AB 2201 before it’s too late.”