‘Trust your gut’: Surviving a stroke 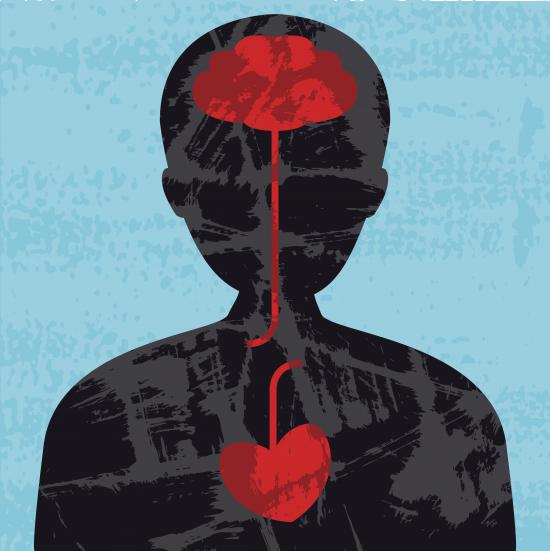 Stroke is the fourth leading cause of death in women. One in five women will have a stroke in their lifetime, and 55,000 more women than men will have one each year, according to the American Stroke Association.

For many of those women – like Pam Henry-Neaton – the day of their stroke starts like any other.

Henry-Neaton lives in rural Minnesota with her husband Brian. The couple farm 1,500 acres of corn and soybeans, as well as manage a cow-calf operation.

“I am also a preschool teacher and have been teaching for 40 years,” she says. “I help on the farm when I can like running for parts and moving machinery.”

On March 3, 2021, Henry-Neaton was working in her classroom. When she went to reach for the computer mouse during a Zoom call, she couldn’t move her right hand.

“I couldn’t grasp anything. I had to take my other arm to move my hand,” she explains. “I thought it had fallen asleep, so I kept going with the meeting, rubbing my hand, trying to wake it up. When the meeting was over, it hadn’t gotten any better.”

Remembering her first aid training, Henry-Neaton conducted a stroke self-assessment. The four-part test is easily remembered by the acronym F.A.S.T.:

Besides a numb hand, Henry-Neaton displayed no other symptoms. There were no clear red flags indicating a stroke, such as her heart skipping a beat or racing that morning. She decided to take baby aspirin anyway and called her husband who drove her to the emergency room.

Ma’am, you’ve had a stroke

After several tests, Henry-Neaton was told she had an ischemic stroke, which occurs when blood flow is restricted to the brain, often by a blood clot. It accounts for about 87% of all strokes, according to the American Heart Association.

Taking the aspirin, she found out later, was a smart thing to do. Without the help of the anti-coagulant, doctors say Henry-Neaton may never have regained the dexterity of her hand.

A neurologist was called in via teleconference to help talk Henry-Neaton through her treatment strategy.

“He said they were going to give me what he called Draino for my veins,” Henry-Neaton says.

Henry-Neaton was given tPA (tissue plasminogen activator). Used to treat stroke in its early stages tPA helps break up clots and restores blood flow. It is commonly used in thrombolytic therapy, an emergency treatment for strokes and heart attacks. Five minutes after the treatment was administered, Henry-Neaton was in an ambulance headed to a larger hospital.

Henry-Neaton was observed in the neurology intensive care unit for about a day and a half. Despite all the tests and monitoring, the cause of the stroke could not be determined.

While in the hospital, Henry-Neaton’s doctor recommended the Reveal LINQ. The device is a small cardiac monitor inserted into the chest that automatically transmits to a monitor on Henry-Neaton’s bedside table. Medical professionals receive reports on how the heart is performing and alert her to any abnormalities. They can also request she send in manual transmissions to double-check a report.

To date, she has only received one call since the device was installed. To confirm the abnormal reading, Henry-Neaton performed a manual reading and sent it in. Within 10 minutes, a nurse called to let her know everything looked good.

The Reveal LINQ records the electrocardiogram continuously for up to three years. At that point, Henry-Neaton’s case will be reevaluated to determine the best plan going forward. Some people decide to send manual updates every few months, while others maintain the nightly transmissions.

“It makes my husband feel better knowing that if something goes wrong when he’s not around, a nurse will respond immediately,” Henry-Neaton says.

When it comes to responding to a stroke, time is not on your side. Three hours and 45 minutes had passed before Henry-Neaton received the tPA.

“Because it had been so long, the neurologist couldn’t guarantee it would help,” Henry-Neaton says. “If something like this happens in the morning and you wait until the afternoon or evening, you have waited too long. Trust your gut and get to the doctor right away if you think there is something wrong.”

As soon as a stroke is suspected, call 911, says Brian Silver, a neurologist from UMass Memorial Health and interim chair of the American Stroke Association. The odds of a better outcome improve with the immediate arrival to the hospital, by ambulance if necessary.

Spot the signs of stroke

Sudden confusion, Silver says, is a symptom that presents itself more often in women than in men. The most obvious symptoms of stroke include:

Symptoms that are less clear but important to watch for in a self-assessment include:

While strokes can happen at any age, the likelihood of one occurring increases as people get older. The best way to minimize your risk of a stroke is to maintain a healthy lifestyle.