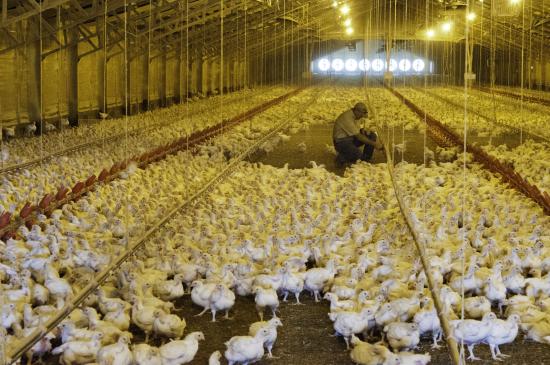 In less than three months, highly pathogenic avian influenza (HPAI) has killed more than 31 million birds, mostly chickens and turkeys, in domestic flocks from the Atlantic coast into the Rockies, according to USDA data released Sunday. Officials said bird flu was identified on two additional egg farms in Lancaster County, Pennsylvania, with a combined 2 million hens.

HPAI was a factor in high egg, chicken, and turkey prices. The USDA said there were 373 million hens in the U.S. laying flock at the start of this month, a decline of 5% from April 2021. According to USDA data, 5.4 million laying hens died in outbreaks so far this month.

Egg and poultry meat prices are likely to be elevated through the end of the year, Wells Fargo analyst Courtney Schmidt told the Washington Post.

More than 50 million chickens and turkeys died in the 2014-15 HPAI epidemic, including 12% of the country’s laying hens. Some 211 commercial poultry farms were hit during the epidemic, which ended in mid-June 2015

By comparison, 150 commercial flocks have been infected this year, following the first confirmed outbreak on February 8. HPAI has been identified in 91 commercial flocks during April, compared to 51 flocks in March, but less than half as many birds have died this month compared with March, roughly 9 million vs. 21 million.