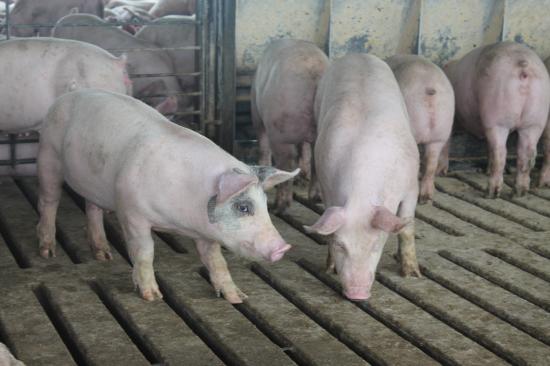 The U.S. Supreme Court has agreed to hear pork producers’ legal challenge of a California law that restricts the sale of pork in that state.

The measure, approved by California voters in 2018, imposes restrictions on pork sold within that state with the intent of ensuring that breeding pigs have enough room to turn around freely, lie down, stand up, and fully extend their limbs. One element of the law defines as “cruel confinement” a breeding-pig enclosure that provides less than 24 square feet — the equivalent of a 6-foot by 4-foot area — of usable floor space per pig.

The law applies to all of the pork sold in California, regardless of where it was raised.

Nearly one-third of the hogs raised in America come from Iowa. In 2020, Iowa had 960,000 breeding pigs on Iowa farms. One lawsuit has alleged that for Iowa’s breeding pigs to be raised in compliance with Proposition 12’s restrictions, Iowa producers would, collectively, be forced to spend “tens of millions of dollars” on an annual basis.

In July, the Ninth Circuit Court of Appeals ruled 3-0 for the state of California and in finding that laws that increase the costs of compliance do not necessarily constitute a significant burden on interstate commerce.

The ruling was one of at least 10 legal setbacks for agribusiness groups that have gone to court in an effort weaken some provisions of Proposition 12. The courts have noted that producers in California are not given an unfair advantage under the law since they and their competitors in other states all have to adhere to the same minimum space allotment standards to sell pork, eggs or veal in the California market.

Producers in Iowa can opt to raise their animals in a manner that’s consistent with Iowa’s own, less restrictive requirements, but if they want to sell those products in California, they must adhere to California’s food safety and animal welfare standards.

“I am extremely pleased that the U.S. Supreme Court will consider the constitutionality of California’s Proposition 12,” Naig said. “This decision is the first step in preserving the rights of our farmers, protecting the well-being of our livestock and ensuring consumers have access to affordable food.”

Naig said Iowa farmers should not have to contend with California’s “heavy-handed and unnecessary” regulations.

“Our founders were clear when they wrote the Constitution: Only the federal government holds the power to regulate interstate and international commerce,” Naig said. “California politicians and activists cannot regulate activities outside of their borders, let alone Iowa farmers.”

“Iowa farmers need access” to the California market, he said.

Wayne Pacelle, president of the Center for a Humane Economy and Animal Wellness Action, stated in a news release that the courts have repeatedly affirmed that California’s anti-confinement law “is a proper exercise of state authority.”

He said since there are no federal laws to protect animals on the farm, a Supreme Court ruling against the state of California may result in “dozens of state laws nullified that restrict the sale of shark fins, ivory (and) kangaroo parts.”

Such an outcome, he said, “would leave farm animals with no protections at all – not at the local, state, or federal level. The fate of farm animals would rest entirely in the hands of agribusiness companies that have pioneered and practiced extreme confinement of farm animals and made those forms of exploitation routine.”

The main provisions of Proposition 12 went into effect on Jan. 1, though some elements took effect earlier. Late last year, several animal-welfare groups sued the California Department of Food and Agriculture, alleging that proposed regulations tied to Proposition 12 were incomplete because they did not cover the full range of animal welfare concerns that led to the measure.

The proposed regulations were modified, but a state court has stayed some elements of Proposition 12 until the state fully implements its regulations.

Pork producers have argued the California restrictions will lead to higher prices for bacon. Recently, however, the Biden administration has called out price-gouging triggered by “the greed of meat conglomerates.”