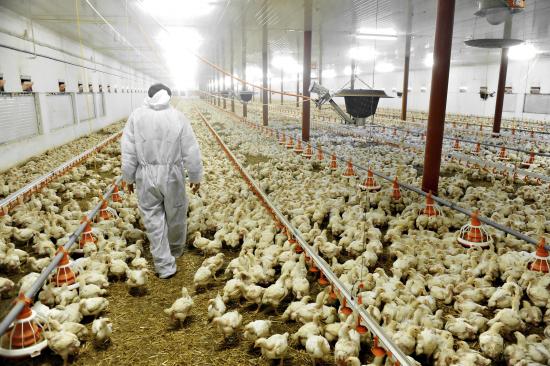 Agriculture Secretary Tom Vilsack approved the second infusion of additional funding to the agency fighting outbreaks of highly pathogenic avian influenza from the Atlantic to the Rockies, said the USDA on Wednesday. In less than three months, more than 33 million birds in domestic flocks, mostly chickens and turkeys, have died of the viral disease or by cullings of infected flocks.

The transfer of $263 million to the Animal and Plant Health Inspection Service followed the mid-March approval of $130 million in emergency funds. APHIS works with state and local officials to identify outbreaks and carry out response plans that include quarantines, cullings of birds, disposing of dead birds, and sanitizing infected premises.

Seven of every 10 birds lost to bird flu this year have been egg-laying hens — 24.2 million at latest count. Iowa, the No. 1 egg state, was hit the hardest, with 12.7 million hens lost.

Because bird flu is often spread by migrating wild birds, the USDA has urged owners to keep their birds indoors during the ongoing migration season.