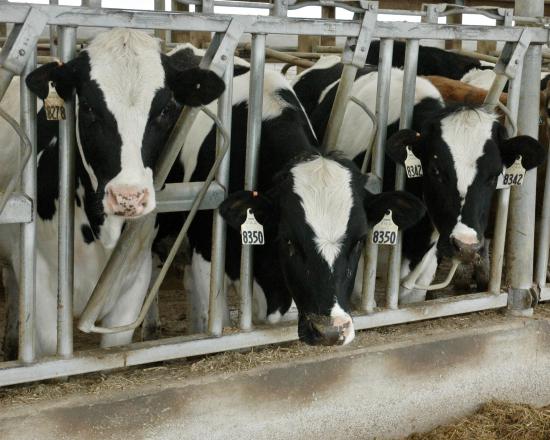 After years of lobbying by organic farmers, the Agriculture Department tightened its rules on how dairy animals — cattle, goats, and sheep — enter organic production, in the name of fairness to farmers and consumers. The new “origin of livestock” rule would end the practice of cycling dairy animals between organic production and feeding on lower-cost, non-organic rations.

“Now, all organic livestock producers will have the confidence and certainty they are operating in a fair and competitive marketplace,” said Agriculture Secretary Tom Vilsack. Jennifer Moffitt, agriculture undersecretary for marketing, said the new rule would assure consumers that products carrying the USDA Certified Organic seal “meet their expectations for how organic products are produced.”

Under the new rule, which becomes effective one year after appearing in the Federal Register, milk and dairy products must come from animals that were organically managed from the last third of gestation onward, with a one-time exemption allowed for new organic farms to transition non-organic livestock over a 12-month period to organic production. Otherwise, farms only can raise or purchase organic livestock. They cannot transition other stock to organic production or buy animals that have been transitioned.

“This is a win for organic dairy producers and all those who care about the integrity of the organic program,” said Ed Maltby, executive director of the Northeast Organic Dairy Producers Alliance. “The new rule closes the loopholes that have given some operations an unfair advantage.”

Farmers complained of inconsistent enforcement of organic livestock regulations in the past. Some dairies were allowed routinely to transition non-organic animals into their operations rather than raise their own replacement animals. Some would also take organic animals out of a herd, raise them on conventional feed, and then transition them back into organic output, said critics. These cost-saving measures gave these companies a competitive advantage over those farmers who were committed to raising animals organically.

The USDA proposed an Origin of Livestock rule in 2015. It was withdrawn by the Trump administration and revived last May by the Biden administration.

Moffitt announced completion of work on the new rule during a House Agriculture subcommittee hearing. “I look forward to implementing that,” she said. Rep. Chellie Pingree of Maine said the new rule “is going to make a huge difference” and Rep. Kim Schrier of Washington state said, “My organic farmers will just be thrilled to hear this.”

“This Origin of Livestock rulemaking levels the playing field by ensuring consistency in how farms source and transition dairy cows to organic production,” said Organic Valley, a farmer-owned dairy cooperative.

The U.S. organic dairy market generated $6.6 billion in revenue in 2019, making it the second-largest organic food category after fruits and vegetables, said Statista. “The vast majority of organic dairy sales are attributed to milk, followed by yogurt and butter.” In 2020, organic milk sales totaled 2.88 billion pounds, it said, while combined organic and conventional milk sales were 46.2 billion pounds.

To read the text of the rule, click here.

A USDA fact sheet on the rule is available here.