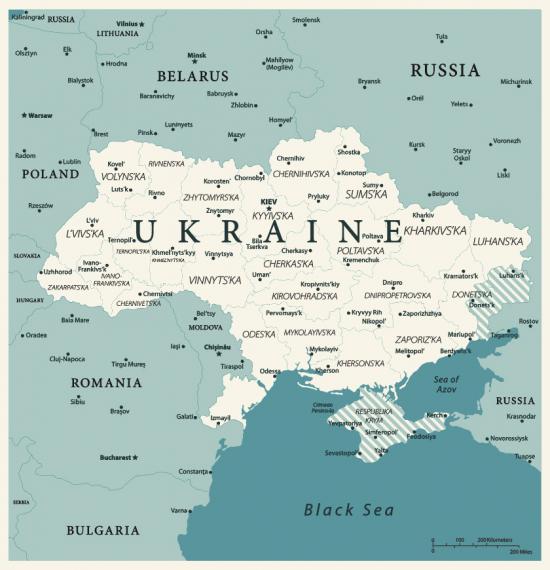 The Biden administration is preparing to tap an emergency food aid fund because of the ripple effects of the Russian invasion of Ukraine on hunger in Africa and the Middle East, a U.S. Agency for International Development official told lawmakers on Wednesday. Hunger and poverty could exceed the global food price crisis of 2007-08, said Sarah Charles of USAID.

Acute hunger worldwide could increase by as many as 47 million people if war is prolonged, with sub-Saharan Africa the most affected area, said Arif Husain, chief economist for the World Food Program (WFP). “This means that up to 323 million people could become acutely food insecure in 2022. The world does not need another crisis in the current context that is already beset by extreme difficulties.”

Besides its effect on hunger, the 2007-08 food price crisis fueled civil unrest, said Charles and Husain during testimony before a House Agriculture subcommittee. Hunger from this year’s disruptions of grain shipments and accompanying increases in food prices could result in new floods of refugees and destabilization of governments, said Husain.

“I can assure you that we are in very active conversations with the U.S. Department of Agriculture about determining the specifics of drawing down that Bill Emerson Humanitarian Trust, and we’re in the process right now of looking at commodities and countries that could benefit from U.S.-sourced commodities,” said Charles, assistant to the administrator of USAID’s Bureau of Humanitarian Assistance.

The Emerson Trust, named after a Missouri congressman, is a cash reserve to respond to food crises when the government’s major aid programs, such as Food for Peace, are not available. The trust held $260 million last year. Money from the trust is used to purchase U.S. commodities for hunger relief.

“Russia’s invasion of Ukraine has not only elevated humanitarian needs and displacement in the region, but threatens to further jeopardize food security around the world due to its impact on global food supply chains,” said Charles.

“The impacts of the current crisis on poverty, hunger, and malnutrition could be even more significant than those seen in the global food price crisis of 2007-2008 and the subsequent civil unrest, as the last crisis followed a period of strong global economic growth, whereas the years since the onset of the COVID-19 pandemic have been characterized by an increasingly worse global economic downturn.”

USAID is particularly concerned about the impact in areas that rely heavily on food from Russia and Ukraine, struggle with high levels of acute food insecurity, and suffer when food prices rise, she said. “Afghanistan, the Horn of Africa, Lebanon, the Sahel, the Maghreb, South Sudan, Sudan, Syria, and Yemen are at the top of the list.”

Food prices spiked in 2007 and 2008, as rising global demand for food collided with smaller-than-expected crops and higher petroleum prices that drove up the cost of growing and transporting food. Wheat and rice prices nearly doubled from mid-2005 to 2008. Export bans by some rice-producing nations triggered panic buying and surges in prices. Other nations limited wheat exports.

The USDA “stands ready to step up” in support of Ukraine and global food supplies, said Daniel Whitley, administrator of the Foreign Agricultural Service, which oversees food aid. “As the situation continues to unfold in Eastern Europe, it is clear that maintaining trading relationships globally will help benefit all nations at a time when food security is in question for many. Trading means sharing.”

To tap the Emerson Trust, the USAID would request USDA to release funding. Three dozen U.S. representatives, including House Agriculture chairman David Scott and Rep. Sanford Bishop, chairman of the House Appropriations subcommittee in charge of USDA funding, wrote to USDA and USAID two weeks ago, urging use of the money.

Russia and Ukraine produce 30% of wheat sold in the world and a combined 18% of corn exports.

To watch a video of the hearing, click here.