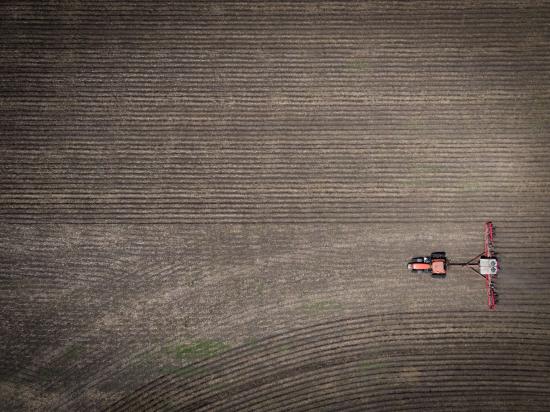 In today’s roundup, get caught up on the latest USDA Crop Progress report, how farmers are faring in the fields, and planter technology.

USDA released its first Crop Progress report Monday afternoon, marking the official start to the 2022 growing season. These reports will run weekly through the end of November, and look at the progress and condition of various crops on a national and state-by-state scale.

No soybeans numbers are reported, but as of Sunday, the report pegged corn planted at 2%, which matches the prior five-year average pace.

Planting Across the Country

Chad Henderson from Madison, Alabama, and Lee Lubbers in Gregory, South Dakota, check in this week with crop progress updates fo their own.

Lubbers says, “All indications are that our wheat has seemed to survive the wild temperature swings we experienced over winter and early spring so far. A dry early spring is not abnormal for our area, and we are bound to get some more moisture soon.”

Editor Natalina Sents Bausch reports on the state of planting in Iowa, writing, “With the release of the first 2022 Crop Progress Report, this growing season is officially off to the races. So far, Iowa has very little corn or soybeans in the ground. Kelly Garrett of Arion, Iowa, is one of the early birds who’s had the planter out already. His first 60 acres of soybeans went in the ground on March 21.”

Editor Laurie Bedord reports on downforce margin or gauge wheel load, which is critical to ensuring that seed depth is consistent throughout the field.

An integral part of the planter ecosystem, downforce is a topic that Levi Powell, a technical project specialist at Iowa State University, and his colleagues field the most questions about when they’re out on the Extension trail meeting with farmers.

To understand how to set downforce margin, Powell says it is important growers have a general understanding of the forces acting on the planter.

Pham recommends upgrading to Exact Emerge if you have an older John Deere planter from the 2000s. It will give you better depth control, better seed-to-soil contact, and better residue management overall.