Africa: As the Climate Crisis Bites, Soil Needs Doctors Too 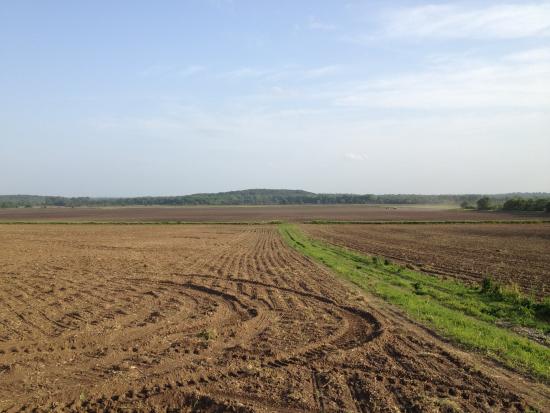 Before you call it a day, catch up on the latest agriculture news.

Here is a roundup to help keep you informed.

The Arkansas and Iowa Departments of Agriculture have both released official announcements with their states’ regulations.

The Russian invasion of Ukraine will strain world grain supplies for months to come, driving up prices and inflation rates, said a panel of economists on Tuesday.

“God forbid we have a weather problem this year,” said Dan Basse, head of AgResource Co., who described war in the Black Sea region as the greatest supply shock since World War I.

“A war that extends to June would be catastrophic for the spring crops” of corn, wheat, and sunflowers, added Basse during on online forum organized by the Farm Foundation. “The question is, can they (Ukrainian farmers) get it in the ground?”

The facility, which includes an oilseed processing plant, grain storage, and export loading operations, has been closed since Russia invaded Ukraine on February 24.

The company displayed this technology, called Xaver, at the 2022 National Ag Day celebration held on the National Mall in Washington, D.C.

This was Xaver’s first public appearance in the United States.

Innovation is ingrained in agriculture and this week, Iowa is celebrating the many ways a culture of innovation is fostered – from the farm to the board room.

This article includes links to several stories featuring Iowa start-up companies who continue to create solutions for agriculture and lead the way with a spirit of innovation.

At the World Agri-Tech Innovation Summit in San Francisco this week, regenerative agriculture was a hot topic. It’s no surprise, as regenerative ag has had a swarm of interest in the past couple of years from government, corporations, consumers, and agriculture.

On a panel, leaders from Syngenta Seeds, Kellogg Company, The Nature Conservancy, and Moreland Farms, discussed ways to define regenerative agriculture and how to apply technology across different regenerative ag systems.

Fuel prices have been steadily climbing since November 2020 as the country has tried to pull itself from the economic turbulence of the coronavirus pandemic. Demand for fuel — and the cost to buy it — plummeted at the beginning of the pandemic, which led to production cuts here and abroad, according to the U.S. Energy Information Administration.

A small group of Iowa farmers said Tuesday during a Republican forum on agriculture that the federal government should do more to quell the uncertainties for farmers struggling with high fertilizer and fuel costs and the limited availability of supplies to fix their equipment and protect their crops from pests, weeds, and disease.

Africa: As the Climate Crisis Bites, Soil Needs Doctors Too