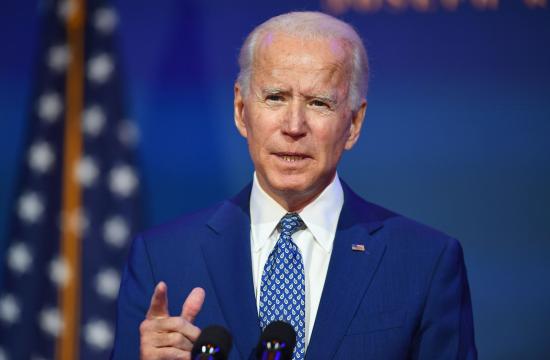 President Biden launched a “rural infrastructure tour” on Monday to deliver billions of dollars in funding for rural America with senior officials visiting 30 communities in April.

The $1.2 trillion infrastructure bill included $14.6 billion in rural-specific programs, not counting the tens of billions of dollars that will be spent on roads, bridges, and waterways in rural areas, said Mitch Landrieu, White House infrastructure coordinator. The White House created a Rural Playbook website so rural communities could more easily identify helpful programs.

“You know, folks, this is the most significant investment in rural people and places probably since the Depression,” said Agriculture Secretary Tom Vilsack, who joined an online briefing while quarantined in Iowa for COVID-19. Vilsack said over the weekend that his symptoms were mild.

Interior Secretary Deb Haaland, who was in Colorado to look at a wildfire control site, announced a $1 billion America the Beautiful Challenge to combine federal and private funding for locally-led land and water conservation work. The government committed $440 million over five years for grants administered by the National Fish and Wildlife Foundation.

As part of the infrastructure tour, Biden will announce on Tuesday “actions to lower costs for working families” while visiting an ethanol refinery at Menlo, Iowa, 50 miles west of Des Moines, said White House press secretary Jen Psaki. “As you all know, we are taking a range of steps to reduce the price of gas to move us toward a long-term, more clean energy economy.”

Asked about the political dimensions of the trip to Iowa, Psaki said, “the president is not making this trip through a political prism.”

“He’s making this trip because Iowa is a rural state in the country that would benefit greatly from the president’s policies,” she said.

Landrieu said $2 billion in funding for rural projects would be announced during April. Haaland and Vilsack enumerated money that was earmarked for rural work; $2 billion to USDA for high-speed internet and $8.3 billion to Interior to support water resilience and drought mitigation.

Biden’s statement on the rural infrastructure tour is available here.

The Rural Playbook is available here.